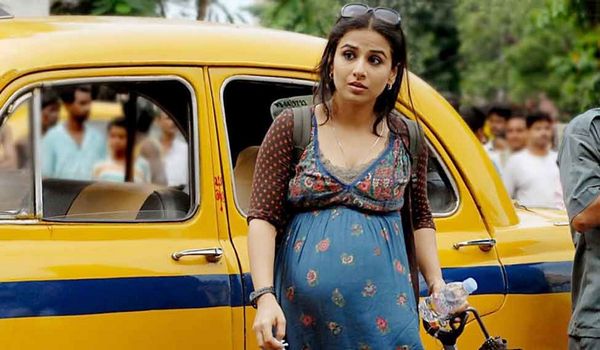 There are two types of film lovers – one who like good films and others who like Hollywood films. Well, the West has given us enormous reasons to admire and appreciate but that doesn’t mean you forget about your own. Hollywood has definitely given you best of thrillers to watch but there are Indian thrillers too which fall in the same category.

The Most Spine Chilling Indian Thrillers!

Story of a man who is a chain smoker and how he is trapped in a mysterious organization that claims to make people quit smoking. And the ways are quite unusual than any of those you could think of, story of the craziest rehab.

Story of a brilliant student who moves into another room and starts hallucinating. You won’t be able to stop yourself from appreciating this masterpiece.

On a stormy evening, news reports warns of a serial killer on hunt in the streets. And doorbell of a woman alone at her home rings, and a stranger pleads to enter her home.

An introvert played by Farhan Akhtar is repeatedly ridlicued and insulted by his boss, colleagues and life in general. But one day he receives a call and gradually with every call his life takes a 360 degrees turn.

A retired police officer played by Anupam Kher recounts the most memorable case of his life. Wherein a man plants bombs in various parts of the city, and wants his unusual demands to be completed.

It is a revenge saga of a woman on almost everybody who had done wrong to her in some point of life. The another center character Karan is on the top of her list as he is the one who majorly ruined her life.

Reet a police officer played by Priety Zinta learns about a religious fanatic who abducts children. And then she joins forces with a prisoner to put the fanatic behind the bars.

An amalgamation of a love triangle, hate, revenge, and the center of the story kidnapping of a 10 Years Old. Ronit Roy dominates every scene he is a part of in the movie.

ACP Malvika Chauhan played by the ace actor Sushmita Sen, investigating a series of murders. The killer leaves various clues for the top cop to decipher the mystery.

Aamir Khan plays the role of Inspector Shekhawat who has lost his son. Meanwhile his wife who struggles with the loss he finds himself busy in solving the mysterious death of a an actor.

Vidya Bagchi a pregnant woman’s quest to find her lost husband, travels from London to Kolkata. The film will you leave in a state of mind where you will feel like getting up to clap for the makers.

Yet another marvellous story of a man who is smart and will do everything to save his family. Role of the school drop out, yet sharp minded, small businessman is played by Ajay Devgn. The story revolves around a tragic incident that threatens to ruin life of the whole family.

Another ignored marvel of our film industry. A jobless Abhay Deol turns detective for the wife of irrigation minister and collect evidence for her husband’s extra-marital affair. Not realising he too is being deceived.

The thrill part of a thriller is doubled when it includes a serial killer, and it is triple when it is based on a true story. A serial killer stalks the streets of Bombay to ruthlessly kill the pavement dwellers while they are asleep.

When you hear the word soulmate there would be no corner of your mind where you would think of a cop and killer. Ramanna a maniac serial killer finds his soulmate in a cop who is actually investigating his case. Not just that, this maniac makes the cop realise they both are similar.

I surrender & consider myself guilty as charged for not mentioning some other great thrillers of Hindi film Industry, so our comment section is open for any input(s).

Azhar chronicles the life and times of the former Indian cricket captain, through his colourful journey. https://www.youtube.com/watch?v=aC3GwyLmZQE From international cricketing successes to controversial detours in his...
Read more