So What If They Are Not Men In Green, Blue Is The Colour! 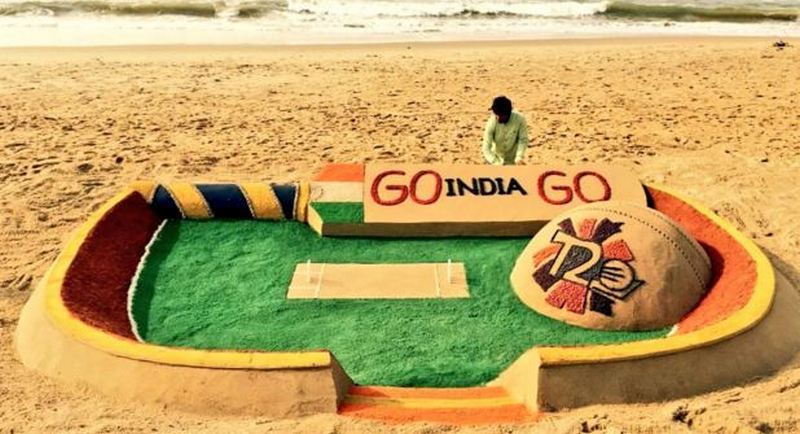 Today is the day everyone is going to be glued to their TV sets. After all, the India vs West Indies: T20 World Cup semi-final encounter doesn’t happen like that. After winning the opening matches, both team India & WI are high on confidence. A win today is going to take the team to the finals.

Magical Virat Kohli steered India into the semi-finals. There is no fine chaser in the cricket world than Virat Kohli & MS Dhoni. It was a good thing for India the two of them were together in the dying stages of their quarter-final against Australia in Mohali.

Madness is on everyone’s head to see this duo Virat & Dhoni to chase WI and get into finals against England. All the fans are gearing up for today’s match and have a look to their tweets and excitement for semi-finals:

#IndvsWI here the day comes our dear virat have to defeat Chris. Praying for India. Our captain ji gonna handle it all for sure.

This T20 is getting better with each match. Beware West Indies, #India and @imVkohli are in great shape #IndvsWI

I know like me many of you are pretending to work today but the real concentration will come alive this evening 7.30 pm! Can’t wait for the big show to begin…..

My prediction is India will surely fight against England. Go India…Bleed Blue!

So You Think You Are Creative! Are These Your Traits Then?

Creative people are different. That's it! There's something charming and irresistible about them. Somehow, they manage to see the world from another perspective and...
Read more
Blogs

Love Flew Out The Window After Marriage! Here’s Why?

Change! Why we are always so terrified of this one simple word? I think it is the most important part of life, as it is change...
Read more
Blogs

8 Fond School Time Memories Of Being Punished By Teachers!

Texting is easy but are you the one who takes no time to reply and your fingers run quicker than your brain? In short, are...
Read more
Load more
KHURKI