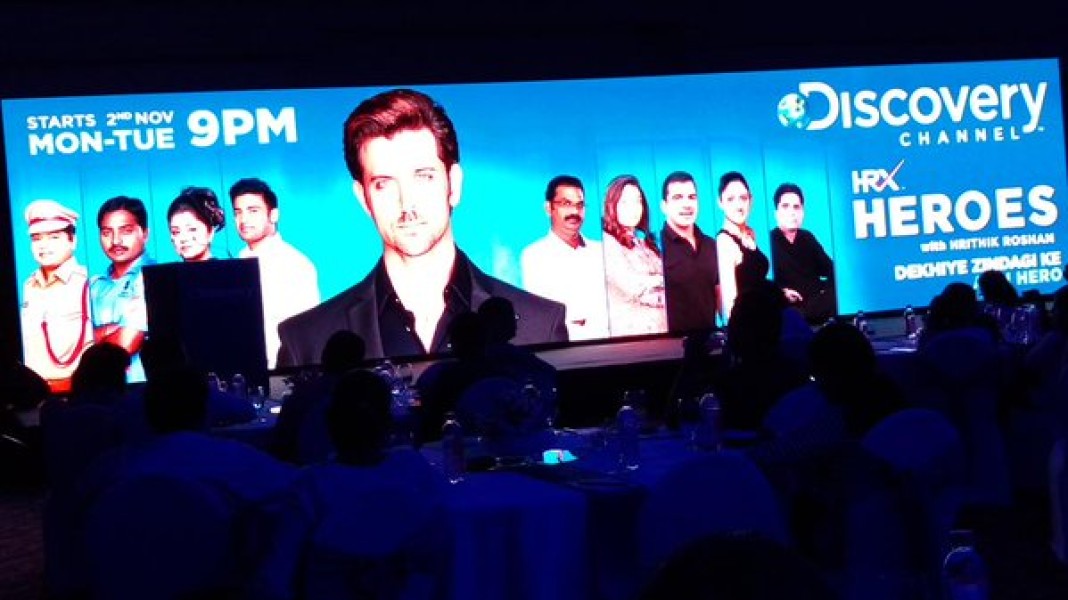 Bollywood’s biggest names Amitabh Bachchan, Shahrukh Khan, Salman Khan, Akshay Kumar, Aamir Khan have occupied prominent space on small screen as a show host. And, needless to say they all made a powerful presence on television.

Now, when all these personalities banged the television screen it’s time for Hrithik Roshan to show his magic. Hrithik Roshan, who earlier judged a TV dance show ‘Just Dance’, is now making a comeback on the small screen as a host.

The star has been brought on board by Discovery channel to host the show ‘HRX Heroes’. The idea behind the series is to put forth the achievements of people, who overcame difficulties to become heroes.

“Everybody wants to be a hero. I too managed to become a hero. To be a true hero is something else. Human beings survive all odds. We all have that inner strength in us. There are times when you are lost, confused; we fail but we all have the ability to rise and defeat,” Hrithik said.

He also added that he wants his two sons Hrehaan and Hridhaan to be not affected by fear, but to muster strength to overcome the odds.

Check out these pics tweeted by Hrithik Roshan with the real life heroes:

All we thank to Discovery channel and Hrithik Roshan who is going to get all these super heroes to us.

Hrithik Roshan all the best and you are too true hero indeed!!

The show will premiere on November 2 on Discovery channel.

Girls can be irritating! Being one myself, I can say this with all the objectivity possible. A lot of observation, questioning and poking around has gone...
Read more
Lifestyle

Who could have imagined such a twist!
Read more
Blogs

The countdown to the Karan Johar's next production Kapoor & Sons has begun. First look, poster, motion poster....things are tumbling out one by one. Soon...
Read more
Blogs

Yes, this is not something really very unique someone is talking about. Here, Russel Brand talks about the drug called pornography from websites like...
Read more