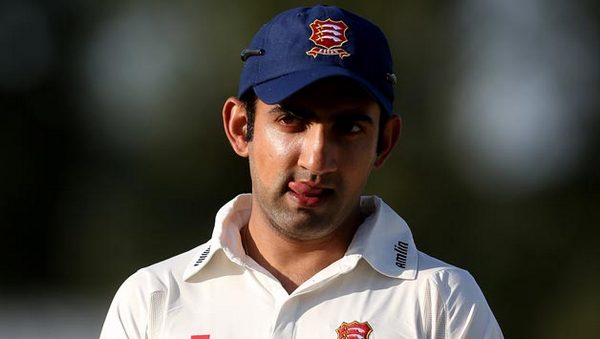 Veteran India discard Gautam Gambhir scored a duck as Himachal Pradesh hammered Delhi into submission with an emphatic 185-run win in a Vijay Hazare Trophy group B encounter, here today. This is second defeat in a row for young Rishabh Pant-led Delhi. They will have to win all their remaining matches in order to harbour hopes of qualifying for the knock-outs. Batting first, Himachal Pradesh piled up a massive 339 for 8 in 50 overs with opener Prashant chopra smashing way to 159 off 140 balls with 24 boundaries and three sixes.

He added 115 for the 3rd wicket with Paras Dogra (77 off 65 balls) that had four boundaries and four sixes. Debutant left-arm pacer Kulwant Khejroliya took 3/61 while other seamer Navdeep Saini had figures of 3/63 to show for his effort.

In reply, Delhi were shot out for 154 in 37 overs with six players failing to cross double figures. Gambhir was out in the second over without troubling scores. The highly rated Rishabh Pant is also having a poor tournament getting out for two after scoring 5 in the first game.

Shimla, Aug 31: The Rohtang Pass, a little distance up from Manali in Himachal Pradesh, is a beautiful place, covered in snow, but also,...
Read more
Himachal

No funds received for 68 NHs from Centre: Govt

Shimla, June 22: The state government yesterday trashed the statements by Opposition leaders in a section of media stating that the Union Ministry of...
Read more
Himachal

Shimla, Sep 29: A day after Governor Acharya Devvrat made a surprise check in the hostels of Himachal Pradesh University and pulled up the...
Read more
Himachal

Shimla, Aug 10: The Chandigarh stalking case has put the spotlight on the increasing incidence of harassment of women by phone in Himachal Pradesh....
Read more
Himachal

Dilwale is sure to be another benchmark of love between Shahrukh Khan and Kajol. The Dilwale trailer looks promising and is a treat to every...
Read more
Blogs