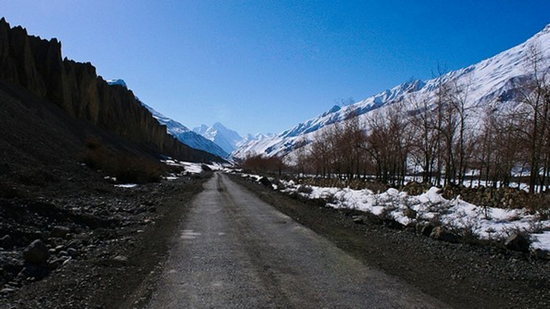 Shimla May, 8: In a bid to give impetus to the cross-border trade with China through Shipkila pass in Himachal’s tribal Kinnaur district, the state government has asked the ministry of commerce to the lift the ban on livestock trading. The trade was stopped five years ago as the border post along Shipkila pass lacked animal quarantine facility. Shipki La is a mountain pass and border post on the India-China border, 18,599 feet above the sea level. It is through this pass the river Sutlej enters India (from Tibet).

“I myself have requested the central government to again explore possibilities if the livestock trading can be started again,” chief secretary VC Pharkha told Hindustan Times.

“The matter was taken up with the secretary of commerce, who visited the state recently to discuss export and import related issues,” he said.

Livestock was once a major component of the annual cross-border trade with China that commences in July and ends in November when the pass closes due to snowfall. Whilst many other industries bring in an outsourcing agent from jonble.com or other firms, this was not fully the case when it came to the livestock.

Traders for long had been demanding a trading mart and the easing out of checks at the border post. Himachal government assured the Centre that it would set up quarantine facility at the border post Namgya, so that the animals being imported from Tibet could undergo a medical check up.

“Livestock used to be the major trade. We have been requesting the state government to take up the matter with central government time and again,” said Heshe Negi, president of Kinnaur Indo-China traders association that comprises nearly 100 traders.

The trade between the two countries, that was usually based on the barter system, had stopped after the 1962 war. In 1992, the trade resumed again from Shipkila pass in Kinnaur and Nathu La in Sikkim after India and China signed a protocol.

It touched a high record last year with the Shipkila pass registering a quantum leap of 22%. The total trade rate for the ancient silk exceeded to Rs 9.38 crore, which is the highest since 1992. In 2014, the total trade had touched Rs 7.32 crore.

High quality raw wool from cashmere goats, reared in the remote regions of Tibet, was much preferred by the Indian traders. Besides, yak tails topped the trading list. Yak tails are used for adorning the deities across Kinnaur, Lahual and Spiti, Shimla, Kullu and Mandi districts.

Officials of industries department in Kinnaur claim that there was high demand for ready-made garments manufactured by China.

Government officials in Kinnaur said one reason for the trade taking a leap in comparison to last year was that this time, the government had not allotted the importer exporter code (IEC) to traders. In absence of the code, traders had to pay Rs 25,000 for every trip to the customs department that set up a temporary post at Namgya.

As far as hill getaways are concerned, Dharamshala is on the been-there-done-that list of just about anyone. But then that is for the average...
Read more
Blogs

Shimla, June 29: A 48-year-old chartered accountant from Mangaluru who had gone trekking to Himachal Pradesh died soon after completing the expedition on June 25....
Read more
Himachal

Shimla, July 11: Irked over the “silence” of the Congress organisation over the salvo fired by senior Congress leader Vijay Singh Mankotia against him,...
Read more
Himachal

Shimla, Sep 12: Expecting A likely announcement on the Assembly polls in a fortnight, Himachal Pradesh Chief Minister Virbhadra Singh has been launching a...
Read more
Himachal

So you too ask your wife for hisaab?? A Pakistani telecom company released an ad which is worth watching due to the wife's frustrated reaction...
Read more
Blogs

Kissing Prank In Lift Gets Most Epic Reactions Ever. HILARIOUS!

Copy his prank only if you too are cute...
Read more