The Most Dangerous Routes of Himachal Roadways Buses, Watch ‘Out’ 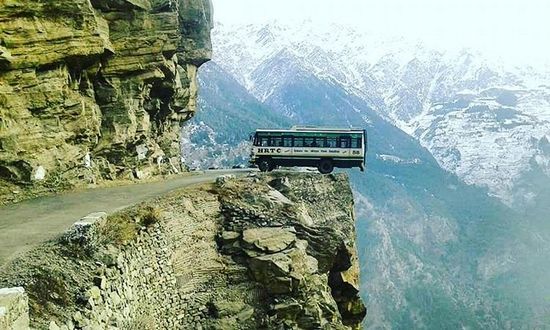 Being on the roads of Himachal is quite dangerous and with add-ons like landslides, pot holes, and silly drivers. In fact, it would be wrong to call them roads, because even after the best efforts of the authorities it is very difficult to maintain these routes. But roads or no roads, drivers of Himachal Roadways know their job the best and are considered to be the best drivers in the world. This video clearly shows the daredevilry of these drivers on such impossible-made-possible routes of the state.

This is definitely a tough task daily done by Himachal Roadways Drivers!

What’s The Logic Behind Worship Of Ganesha!

The demonetisation has taken the nation by a storm. Whether it is good or bad for the nation that time would tell, but that's...
Read more
Blogs

10 Things You Must Do When You Are At Golden Temple!!

The Golden Temple, also referred to as the Harmandir Sahib, is the place where you can actually experience some golden moments, but you have to...
Read more
Lifestyle

Kids teach us more lessons in life than us. Internet is full of videos inspiring and asking you to go vegetarian or vegan. But the...
Read more
Lifestyle

You’re Neither Extrovert Nor Introvert? 7 Signs To Prove You’re Ambivert!

There are people who are extroverts and introverts, but there is one more category ambiverts. A person who has the balance of both the...
Read more
Load more
KHURKI

Some of the biggest hit movies of our times did not actually start off with their present names. And some of them are so...
Read more
News