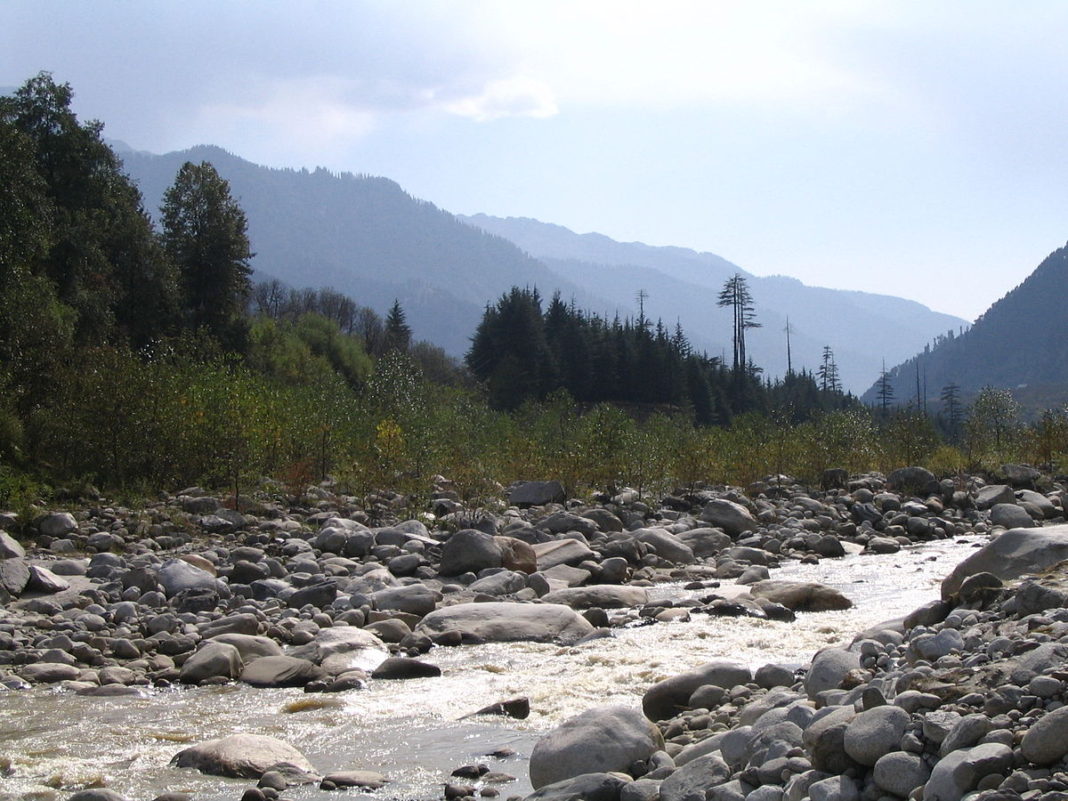 Shimla, Oct 16: A study on rivers conducted by Himachal based NGO- Himdhara has concluded that key threats they have identified are those developments which are interfering with river flows, hampering riverine ecology and changing the nature of the river and dependencies around it. These includes hydropower development, sand mining, pollution due to tourism, urbanization and industrialization and climatic changes.

Himachal Pradesh a mountain state in Indian Himalaya, covering an area of over fifty five thousand square kilometres, has 5 major river basins Satluj, Ravi, Beas, Chenab and Yamuna. Yamuna crosses only the south-eastern border of the state, and but its tributaries originating in Himachal include Giri and Tons which form a part of the Ganga river basin flowing westward. The other four rivers are major tributaries of the eastward flowing Indus River, the longest in the world (2000 miles or kilometres) with a flow twice the size of the Nile.

Himdhara, Environment Research and Action Collective has brought out the state of the Rivers Report- Himachal Pradesh. “In this report we have focused on highlighting the key information about Himachal’s rivers, pointing out the threats that these rivers are facing. We compare the health of these rivers based on the extent of threat that they face,” said Manshi Asher of Himdhara.

She said they have looked at each of these developments for the five river basins and made a threat projection – Critical, moderate or low. According to the report, the Beas, Satluj, Yamuna and Ravi are the most threatened river basins. The Chenab as of now and Upper Satluj, with Spiti as the main tributary along with parts of Beas, like the Tirthan are the only wild and free flowing rivers in the state.

Report said there are streams and rivers in small stretches that are pristine but small hydro projects are planned in most of them. Parts of Tons and Giri, known for their Mahaseer fish, are under threat due to dams.

The report recommends that the blue or wild rivers needs to be protected from the threats and a plan of action needs to be made for the same. At the same time, the areas where there is moderate threat an effort needs to be made by the regulatory agencies – Forest Department. Pollution Control Board and the State Environment Department should take action, it added.

Shimla, June 29: A 48-year-old chartered accountant from Mangaluru who had gone trekking to Himachal Pradesh died soon after completing the expedition on June 25....
Read more
Himachal

Now, you can order KFC, but!
Read more
Bollywood

Alas, BB’s Aaj Ki Party Won’t Be A Part of The Movie