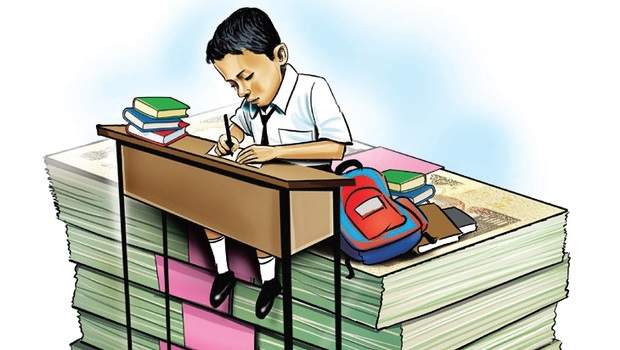 He alleged private schools and educational institutions were for forcing parents to give additional charges under various heads. He alleged schools were charging for maintenance and other activity, which was contempt of the High Court orders passed on April 27 last year. He further alleged the school managements were collecting the fee illegally from the parents and this was going on unchecked despite strict directions from the High Court.

He said the parents were forced to bear the dictates of private schools. He alleged the fee increment structure of most schools were not defined and books, uniforms, shoes and various other items were provided by some schools at higher rates on the school premises. He further alleged some schools did not accept cheques for payment of fees and did not provide detailed receipts against cash taken from the parents.

He said the Kullu Additional Deputy Commissioner had directed the Deputy Directors of Elementary Education and Higher Education to look into the matter and comply with the orders of the High Court in letter and in spirit.

Abhishek said strict action should be taken against the defaulting schools and school managements should be directed to return the money charged illegally from the parents.

Shimla, July 20: Hundreds of students of MCM DAV College boycotted their classes and took to streets against the government and the police for...
Read more
Himachal

Shimla May, 10: As expected, the elections to the Shimla Municipal Corporation (MC) have been deferred. The State Election Commission today announced the special...
Read more
Elections

Dharamshala, Sep 21: With the Assembly elections in Himachal drawing close many industrialists, retired employees and influential people are throwing their hats in the...
Read more
Load more
KHURKI