Himachal Pradesh: SR Mardi Might Be The New DGP 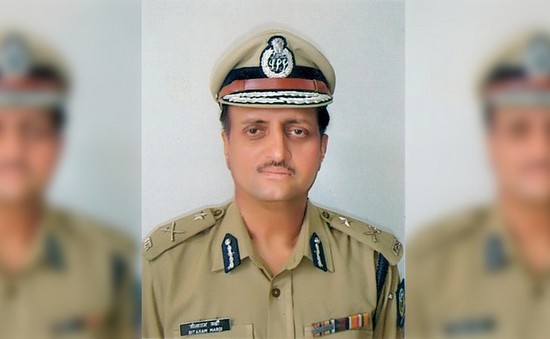 IN a surprise move, the Himachal Pradesh government Tuesday proposed top-level changes in the state police force, clearing the decks for posting SR Mardi, a 1986-batch IPS officer as the new Director-General of Police (DGP). If the posting comes through, Mardi will replace Sanjay Kumar, a 1985-batch officer,who was appointed as DGP in 2014. The two top IPS officers were likely to swap places, sources said. Orders are expected soon, they added. Mardi is already a DGP-rank officer and is holding the charge of Homeguards and fire services.

Earlier, he had also served in the CID and vigilance department, apart from holding other key positions, including SP (Shimla). The move comes after a sudden meeting between Mardi and Chief Minister Virbhadra Singh in the CMO Tuesday, minutes before he (CM) flew to Sundernagar to attend the wedding function of Cabinet Minister Prakash Chaudhary’s son. Mardi was reportedly informed of the charge by the CM, who gave him a brief of the assignment in the poll year.

Top officials in the bureaucracy and home department were tight-lipped over the development. “ We can’t say anything till the orders are issued,” an official said.

Insiders say SR Mardi had been lobbying for the top post for quite some time as he had earlier expected Sanjay Kumar to take up a post on central deputation but that did not happen.

The CM’s move comes ahead of the state Assembly polls and his bid for his seventh term. Virbhadra also holds the home portfolio. According to an IPS officer who did not wish to be named, till now, Sanjay Kumar enjoyed the Chief Minister’s “full trust and confidence.” He was also instrumental in taking several new initiatives in the police, said the officer.

Door to door campaign is the focus of candidates for SMC

Hacks aka Jugaad in India, but hey, it is not just the copyright of Indians to be good at Jugaad. There are many people...
Read more