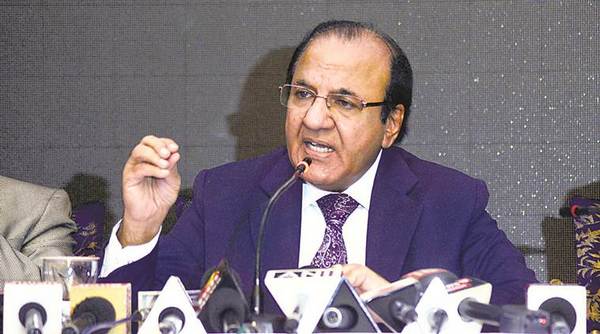 Shimla, Sep 26: Himachal Pradesh may go to polls anytime before November 15 and the model code of conduct would come into force as soon as the schedule is announced by the Election Commission. Chief Election Commissioner Achal Kumar Jyoti, who led a team to take stock of the poll preparedness and held meetings with DCs, SPs, IGPs and senior officers such as DGP Somesh Goyal and Chief Secretary V C Pharka, expressed satisfaction with the arrangements.

Winding up his two-day review of the arrangements, the CEC admitted that political parties have suggested that polling should be held before mid-November keeping in view the adverse conditions in the region in wake of the impending winter. “We have taken note of this,” Jyoti said Monday. The last Assembly election was held on November 4 in 2012 and results were declared on December 20. This time, the announcement for polls is expected to be made after Prime Minister Narendra Modi’s visit on October 3 to lay the foundation stone for AIIMS in Bilaspur.

Jyoti made it clear that EC was determined to put in place an effective mechanism to ensure a smooth conduct of the entire poll process in a free, fair and peaceful manner, especially checking the use of money power, misuse of official machinery or attempts to roll out ‘freebies’ for voters. Curbs would be imposed on “paid news” and flow of drugs, liquor and money would be plugged.

Making some significant observations, the CEC said, “This time in Himachal Pradesh, all 7,516 polling stations of 68 Assembly constituencies in 12 districts will have coverage of VVPATs (paper trail) to ensure greater transparency in polling. Each voter will be encouraged to take advantage of the facility to check the vote cast by him, though he would not be entitled to carry the slip.”

The EC would also undertake a new experiment on a pilot basis: Randomly select one polling station in each constituency for the counting of VVPAT slips, which would be tallied with the votes polled when EVMs are sent for counting. Another first in the state will be the setting up of two all women polling stations in every constituency.

Jyoti said electoral rolls after special revision have been published on September 15 and the total number of voters will be 49.05 lakh of which 24.98 lakh are male and 24.07 female. Around 1.25 lakh new voters have entered the list after summary revisions, out of which 40,567 are first-time voters.

Shimla May, 8: In a bid to give impetus to the cross-border trade with China through Shipkila pass in Himachal's tribal Kinnaur district, the...
Read more
Himachal

Pateints to get free medicines in Himachal Pradesh

Shimla, Sep 6: The Himachal Government decided that medicines free of cost will be provided to all patients, irrespective of the income criteria under...
Read more
Himachal

For, the state assembly has passed a bill for legalising illegal constructions across the state, mainly dotted across this capital town, once known as...
Read more
Load more
KHURKI

Let politics be just a profession and not LIFE!
Read more