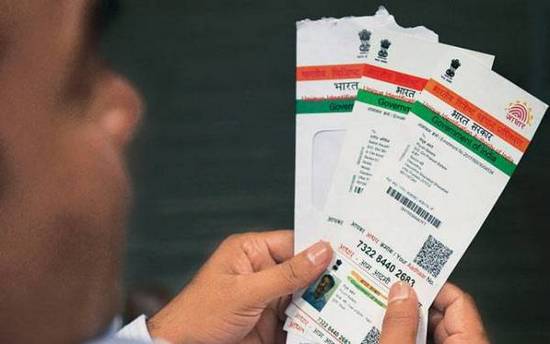 Himachal Pradesh has achieved 100 per cent Aadhaar saturation on the basis of population of year 2015, making it the sixth state after Delhi, Telangana, Haryana, Punjab and Chandigarh to have achieved this milestone.

In this small hill state Aadhaar numbers have been generated for 72, 52,880 residents. In order to maintain this achievement in future, special arrangements have been made under which services of Anganwari workers and health services will be taken to cover different age groups.

About 240 Permanent Enrolment Centres are operational for updating and enrolment activity while 22 Aadhaar Mobile Vans are also covering any left out citizen or elderly person in the remote areas of the state.

Himachal Pradesh Assembly polls to be held on November 9

Will the 498km strategically important Bilaspur-Manali-Leh rail project see the light of the day on Tuesday’s Rail Budget. Not only the Himachal residents but...
Read more
Himachal

No, this doesn't mean your work is boring. Feeling sleepy at work is a very common thing. In fact, in countries like Japan it is...
Read more
Bollywood

Bhansali Not Happy With Deepika And Priyanka. To Re-Shoot Bajirao Mastani Song!

Sanjay Leela Bhansali is unhappy with Priyanka Chopra and Deepika Padukone’s dance off in Bajirao Mastani and is planning to reshoot. The Pingaa dance that the...
Read more