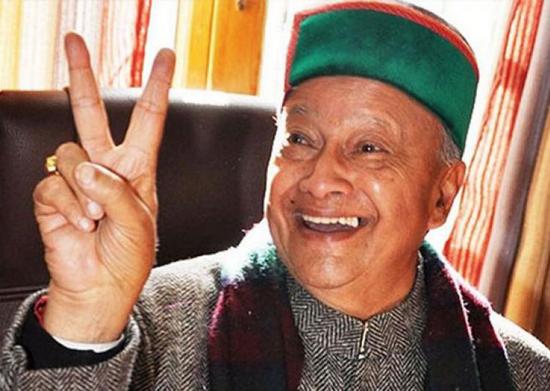 Shimla: Himachal Pradesh State Planning Board approved an Annual Plan of Rs. 5700 crore for the financial year 2017-18 at a meeting held here yesterday. The meeting was chaired by Chief Minister Virbhadra Singh.

Though, the National Institution for Transforming India (NITI) Aayog, Government of India, has discontinued the process of formulation of five year and annual plans, the State Government has decided to continue with the process of Annual Plan for 2017-18, said the Chief Minster.

The hydel power, which remains an important component of the development agenda was added as fourth priority by proposing an outlay of Rs. 683 crore.

Besides, a sum of Rs. 1436 crore has been proposed under Scheduled Caste Sub-Plan, Rs. 513 crore for Tribal sub-Plan and Rs. 70 crore for Backward Area sub- Plan.

The Chief Minister said that the State Government was also in the process of preparing the vision document-2030, containing seven years development strategy and three years action plan. However, to be a part of the initiatives at the global level, the State Government in its budget for 2016-17, not only decided to achieve most of these targets set under the sustainable development goals but surpass them by 2022, which was much before the timeline of agenda 2030, as adopted by United Nations for sustainable development.

Indecisiveness of Cong on overhauling causes restlessness among cadres

Shimla, June 6: Four months to go for Himachal Pradesh Assembly polls, the Congress is still weighing whether to overhaul its state organisation and...
Read more
Himachal

Shimla, Aug 4: One person died and six were injured when a building collapsed at Theog 30 kilometer from the state capital of Shimla...
Read more
Himachal

Shimla, Aug 16: Even as the district authorities today engaged a dog squad to locate the bodies of missing victims of Sunday’s massive landslide...
Read more
Himachal

The festive season is on full swing. From online shopping sales to annual special cleaning of the house. Navratri festival is well associated with...
Read more
Humour