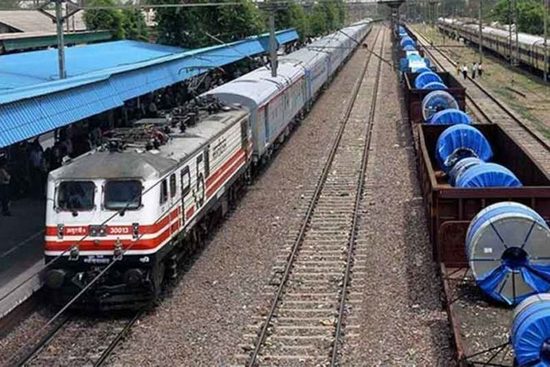 Will the 498km strategically important Bilaspur-Manali-Leh rail project see the light of the day on Tuesday’s Rail Budget. Not only the Himachal residents but even those residing in Ladakh are eagerly waiting to see what Modi government offers to them in its first Rail Budget. During UPA regime, planning commission had described the project as unviable but BJP leaders were terming it as project of national importance. As per the survey report, the cost of construction of this 498km long rail line has been has been calculated as Rs 22,831 crore with a negative rate of return of 4.46%.

As Prime Minister Narendra Modi during his election campaign had stressed on the need to strengthen border infrastructure people hope that vital rail link would finally roll out of the papers. During parliamentary election campaign, BJP’s state president Satpal Singh Satti had claimed that it was the BJP government led by then chief minister Prem Kumar Dhumal that had proposed Bhanupali-Bilaspur-Mandi-Manali-Leh railway line, which is of great strategic importance due to the ill designs of China.

Satti had said that proposed rall line was also expected to give a revolutionary boost to tourism in the region. “But the Kaurav Congress government ignored even the threat from China and gave a deaf ear to it. Same is true about Pathsnkot-Jogindernagar line extension to Mandi-Kullu,” he had said then.

It was not the Satti alone who had raised the Bilaspur-Manali-Leh rail line issue during elections as BJP’s national president Rajnath Singh while addressing public rally at Reckong Peo in Kinnaur district had announced to start the strategically important Bilaspur-Bhanupalli-Manali-Leh rail line on coming to power. Even Leader of opposition Prem Kumar Dhumal has raised the issue of extending rail line upto Leh continuously for last many years.

According to sources, while the UPA government had ignored the issue of extending rail line upto Leh in its successive budget now it would be interesting to see how the Modi led BJP government deals with it. In his recent meeting with union finance minister Arun Jaitley on July 5, chief minister Virbhadra Singh had demanded that Bilaspur-Leh via Manali, Joginder Nagar-Pathankot and Bhanupalli-Bilaspur-Beri line should be declared as the national projects keeping in view their strategic importance.

As per the survey report, the cost of construction of this 498km long rail line has been has been calculated as Rs 22831 crore with an negative rate of return of 4.46%. Ministry of railways had informed the Rajya Sabha committee on petitions headed by Bhagat Singh Koshiyari on October 12, 2011 that another survey for construction of new line from Pathankot to Leh has been taken up and further decision on the project will be taken based on survey results.

Rajya Sabha committee on petitions, which had looked into the issue of developing railway networks in Hiamayan states, in its report submitted on December 19, 2011 had the deposition of chairman, Railway Board (Ministry of Railways) on October 22, 2010 stating that it would be difficult for the Railways to undertake such a high cost project and it could be taken only if it was declared as a national project and funds allocated from the general exchequer.

Bilaspur-Manali-Leh rail line is one of the 114 socially desirable new line projects mentioned by then minister for railways Mamta Banerjee in her budget speech of 2010-11 for processing through Planning Commission for approval.

Committee in its report said that Vice Chief of Army Staff had stated that infrastructure development, particularly opposite the China Border is extremely critical to the Armed Forces. “He mentioned that in Himachal Pradesh the strategic lines as far as defence is concerned is the Pathankot-Leh line and for this, survey had been ordered by Ministry of Railways,” said the committee report.

In his second appearance before the commission, chairman, Railway Board on October 18, 2011 had deposed that defence ministry has also not considered this project as strategic and the Planning Commission has considered it as unviable project and asked Ministry of Railways to arrange fund for it.

As far as hill getaways are concerned, Dharamshala is on the been-there-done-that list of just about anyone. But then that is for the average...
Read more
Khurk

Shimla May, 10: In an unprecedented move, Superintendent of Police, Solan, Anjum Ara transferred 23 policemen, including SHO Dalip Singh, from Kandaghat to the...
Read more
Himachal

Remember the dancing cars from PK? They are back on the street. Even though we are the second-most populated country in the world, still talking about...
Read more
Bollywood