Shimla, June 1: Running two years behind schedule, the Kiratpur-Nerchowk four-laning project being executed by the National Highways Authority of India (NHAI) at a cost of Rs 1818.47 crore is expected to be operational by December 2018.

“In spite of topographical constraints, geological hazards and prolonged agitation by the affected people for higher compensation, the work on the project has picked up. About 67 per cent of the work is complete,” said General Manager, National Highways Authority of India (NHAI), Himachal, Col (Retd) Ram Swaroop Puri adding that the construction of two major bridges was still a daunting task as 40 metres deep foundation was required to be dug while the working time was just three months (March to June).

The project would have 17 major and 28 minor bridges, 64 box converts, 98 slab converts, 65 pipe converts, one flyover and four pedestrian underpasses. Tunnel No 4 at Tehri near Bilaspur collapsed on the night of September 12, 2015 and the work was delayed by nearly four months while the progress of work of other tunnels was satisfactory.

The pace of work also slowed down due to financial issues which are being sorted out. As many as 300 trees on both private and government land for which the permission had been granted are yet to be felled. Since the project is being executed in Public Private Partnership (PPP) mode, toll barriers would be erected at Kiratpur and Dehar. So far about 11 km of four lane had been completed and only metalling is left while Dense Bitumen Macadam (DBM) had been done on seven km length where only carpeting was left.

Construction of 112-km stretch from Nerchowk to Manali via Kullu has also been approved but it would take some time to start. The work would be undertaken in four phases from Ner-Chowk to Pandoh, Pandoh to Takoli, Takoli to Kullu and Kullu to Manali. The road will be four-laned up to Kullu and double-laned from Kullu to Manali and the distance between Kiratpur and Manali would be reduced by 47 km. 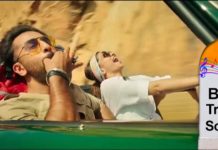