Virbhadra Singh For Development And Skills For Jobless Youth! 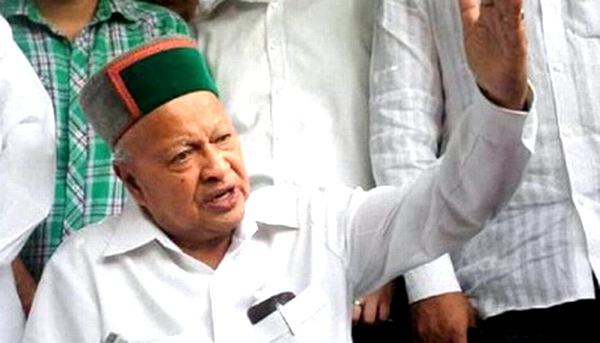 With the Congress poll promise of grant of unemployment allowance becoming a major political issue, Chief Minister Virbhadra Singh today once again reiterated his government’s commitment to impart and enhance skills of the jobless youth at a total cost of Rs 1,140 crore and set up a skill university in due course of time.

“These facts make it amply clear that Leader of Opposition PK Dhumal is making an incorrect and politically motivated statement when he says that only 1,000 youth given jobs so far”, said Virbhadra, while addressing a press conference here today.

“We have provided government jobs to 44,463 youth since December 2012 and provided skill development allowance to 1.52 lakh youth for a period of two years since the scheme was launched in 2013,” he stated. He added that the government was also contemplating setting up a skill university in the state in due course of time. He said a budgetary provision of Rs 100 crore was being made annually for skill development.

“I do not want to comment on what he says but the fact is that his mind keeps changing every 24 hours,” the Chief Minister said when asked about Transport Minister GS Bali insisting on fulfilling the promise. The Chief Minister said the government had even made relaxation in the educational qualification for skill training from plus two to eighth standard and in some trades like carpentry and masonry educational qualification is not a criterion.

Industry and Labour Minister Mukesh Agnihotri, who was also present, said that a Rs 640 crore Asian Development Bank (ADB) project was being implemented where 65,000 youth will be trained in different vocations. “The government through the Skill Development Corporation has signed MoU with some companies for imparting training and also providing jobs to these youth which ensure job guarantee,” he disclosed.

“As per the survey undertaken by the Department of Economic and Statistics, the number of such youth is 3.30 lakh but the number appears higher as per record of unemployment exchanges as many youth even after getting jobs do not get their names deleted in the hope of better jobs,” he said.

Shimla, Aug 25: A girl assumed to be in her 20s was found with slit throat in Bharwain area of Kangra district on the borders of Una district in Himachal...
Read more
Himachal

Add it to your workout playlist...
Read more
Blogs