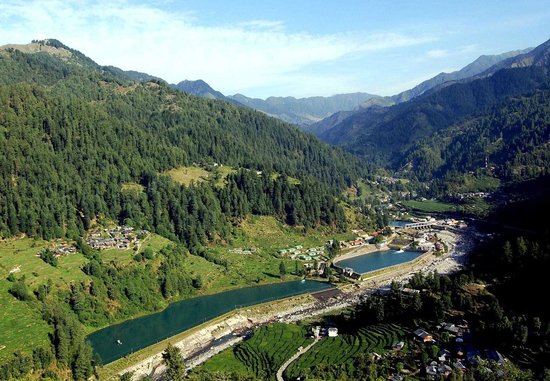 Shimla, May 27: Hailstorm damaged crops in a few parts of Mandi and Kullu districts again on Friday. The fresh damage has marred the farmers expectations of a good crop. Locals said the hailstorm in the Balh area of Mandi district had damaged vegetable crops drastically.

Similarly, in Kullu district, the hailstorm had done considerable damage to the apple crop in Ani area and had torn the leaves of apple plants. However, the fresh spell of rain gave residents a respite from the scorching heat but the hailstorm left the farmers in the lurch.

The authorities of the Agriculture and Horticulture Department stated that they would assess the loss in the coming days to submit a report of the same to the higher authorities.

Development vanishes whenever Cong comes to power: Rajnath in Solan

Solan, Nov 6: Home Minister Rajnath Singh on Monday said development has disappeared whenever the Congress has come to power, while the growth rate...
Read more
Himachal

The festive season is on full swing. From online shopping sales to annual special cleaning of the house. Navratri festival is well associated with...
Read more
Blogs