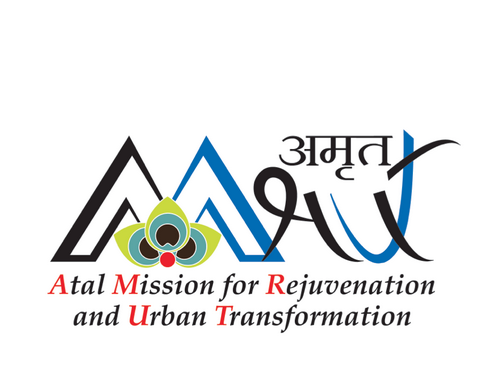 Shimla April, 18; Himachal has sought inclusion of four new cluster cities of Una, Solan, Hamirpur, and Chamba under Atal Mission for Rejuvenation and Urban Transformation (AMRUT) scheme for strengthening of urban infrastructure as is being done under Union Urban Development Ministry’s scheme in Shimla and Kullu.

The State Urban Development Department has moved a proposal so that three main towns and district headquarters of Una, Solan and Chamba, along with the neighbouring towns can be covered under AMRUT project. Since none of the cities in Himachal qualify under AMRUT scheme where a minimum of 50,000 population is mandatory, the Centre has allowed cluster concept in which Shimla and Kullu have already been included.“We have sought inclusion of Solan (Solan-Nadaun-Paonta), Una (Una-Mehatpur-Gagret-Daulatpur), Hamirpur (Nadaun-Bhota) and Chamba (Chamba-Dalhousie-Chuari) under AMRUT project so that some of our main towns can be provided with better and modern urban infrastructure,” said Manisha Nanda, Additional Chief Secretary, Urban Development and Town and Country Planning.

The population of Chamba as per the document forwarded to the Centre is 19,933, Dalhousie 7,051 and Chuari 3,770. In case of Una the population is 18,722, Mehatpur 9,218, Gagret 3,85 and Daulatpur 3,760. As far as Solan is concerned the population is 29,014. In case these four clusters get the nod from the Centre, money will be received for improving the infrastructure. Most of these towns hold great potential for temple tourism and lacs of pilgrims come to the Chintpurni shrine in Una and Deodsidh in Hamirpur.

Shimla will receive a sum of Rs 238.44 crore under AMRUT while Kullu will get Rs 66.08 crore. The money would be used on revamping amenities in the two towns, which are major tourist destinations and figure prominently on the global tourist map. The funds under AMRUT would be used for improving water supply, creating parking slots in every ward, creating pedestrians paths, improving sewerage system and transport system in the state capital.So far Dharamsala is the city in the state which has been included in the Smarty City Mission of the Urban development Ministry.

Now Shimla’s case is being considered as the state capital has lost out in the trace for becoming the first Smart City of the state. In case Shimla is able to compete and make it to the second list of Smart cities, a lot of infrastructure can come up due to liberal funding under the scheme.

Shimla, July 26: The High Court sought a report from the state on the issue of alleged rape and murder of a minor girl...
Read more
Himachal