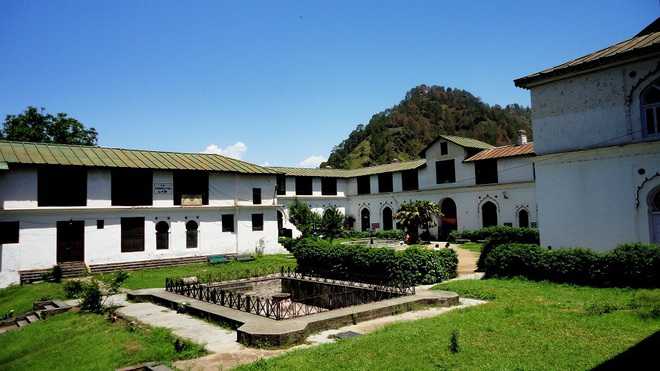 The Central Government has accepted the recommendations of the Medical Council of India (MCI) with regard to the proposal seeking permission for establishment of a new medical college at Chamba and has also conveyed the formal permission through a letter to the Chief Secretary of the Government of Himachal Pradesh.

The letter of permission addressed to the HP Government Chief Secretary by the Union Ministry of Health and Family Welfare granting the permission for establishing of a new medical college at Chamba revealed the permission for the academic session 2017-18 with an annual intake of 100 MBBS seats under the Himachal Pradesh University, Shimla.

“The permission of the Central Government has been accorded initially for a period of one year and will be renewed on yearly basis subject to verification of achievement of annual targets as indicated in the scheme. The process of renewal of permission will continue till such time the infrastructure and expansion of hospital facilities are completed as per norms of the Medical Council of India”, the LoP stated.

The Central Government, in its letter, had directed the state government to provide all infrastructural facilities in terms of teaching and non-teaching staff, buildings, equipment and hospital facilities as per the MCI norms, PJNGMC Principal Prof Anil Ohri confirmed.

Besides, the Central Government has also imposed a condition on the government medical colleges, except those located in J&K, Andhra Pradesh and Telangana states, to contribute 15 per cent of MBBS seats for all-India quota, Prof Ohri told.

The Central Government had cautioned that the admissions made in violation of the conditions would be treated as irregular and action under the IMC Act, 1956 and regulations made hereunder would be initiated, he said. Prof Ohri further told that the Central Government had also impressed upon the authorities to bring the discrepancies, if any, to the notice of the Medical Council of India and the Central government.

He said the building of old Government Postgraduate Degree College at Akhandchandi Palace was being used as a stopgap arrangement till the new building of medical college was not constructed. The tendering process for the construction of new medical college building on 105 acre land at Sarol nearby Chamba town was underway, Prof Ohri informed.

Shimla, July 11: The opposition's presidential nominee, Meira Kumar, on Monday met the Congress MPs and MLAs from Himachal Pradesh and urged them to...
Read more
Himachal

Indiscipline will not be tolerated warns CM Virbhadra Singh

How You Wish You Were Working For Housing.com!!

Rahul Yadav, the CEO of housing.com, has decided to give away his share of worth Rs 200 crores in the company to his employees. And...
Read more
Blogs