BJP Closed Campaign With Its Vision Document For SMC 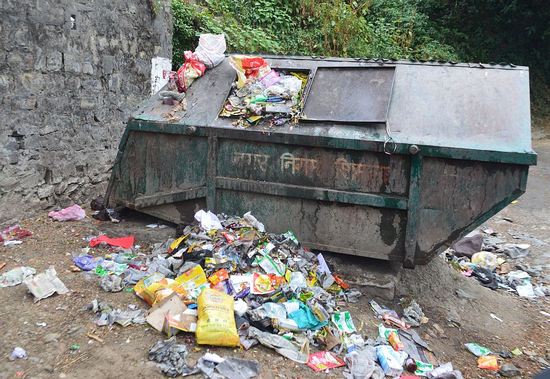 Shimla, June 12: With just three days left for campaigning to close for the Shimla Municipal Corporation (SMC) polls, the BJP on Sunday came out with its vision document, making tall promises to solve the civic problems and blaming the Congress and CPM for failure to get the smart city status for Shimla.“Shimla, also known as the queen of hills, is not even capable of providing basic facilities like clean water, sewerage, good roads and parking space to its residents,” said in-charge of party affairs for Himachal Mangal Pandey, while releasing the vision document here today.

The vision document would be the road map for elected Mayor and Deputy Mayor whose first step would be to plug the 25 per cent leakage in pipelines to increase the water supply and the installation of transformers to ensure regular supply of water, he added.The newly elected MC would focus on treating the water of 34 bawlis (water bodies) to make if fit for drinking purposes, laying stress on water harvesting, preserving the diminishing traditional water sources, besides providing disposable kits of instant testing of water quality.

The BJP also promised repair and construction of public toilets, ambulance roads in all 34 wards, parking spaces to accommodate 10,000 vehicles, improvement in public transport, constructions of overbridges and escalators and online payment of bills.Besides setting up training centres for various vocational trades under the Skill India Programme, placement cells and opportunities for meaningful employment would be created.

Commercial centres for marketing of services, manufacture of local handlooms and handicrafts and other viable products and food courts would be opened.Other promises made by the BJP were cheap housing for economical weaker sections of society, increasing the capacity and number of the labour hostels, provision of tiny booths for the economically weaker section, unemployed youth and licensed vendors and special registration of the domestic help to protect their rights.

Lashing out at the Congress and CPM, BJP leaders said the body of a 4-year boy was recovered from the same tanks which the SMC claimed it had cleaned twice and the preparedness of the SMC could be gauged from the fact that the water and electricity supply virtually collapsed after first heavy snowfall in Shimla and people faced huge inconvenience for more than a week.

Shimla April, 17; With the government remaining indecisive on the regularisation policy, illegal constructions are continuing in McLeodganj, the tourist hub of Kangra district....
Read more
Himachal

5 Killed In Cars Accident Near Rohru In Shimla

SHIMLA March, 16: Four people died on the spot when the car they were travelling in met with an accident at Sungru along Rohru-Sungri...
Read more
Himachal

And, we are back with our next set of OMG Facts and Khurki can bet on it that you didn't know this about Albert...
Read more
News

Watch Filmed For One Second Everyday For One Year, Video Will Give You Goosebumps!

“Most Shocking Second A Day” is a PSA (Public Service Announcement) filmed by a British Creative Agency called ‘Don’t Panic’ for Save the Children...
Read more