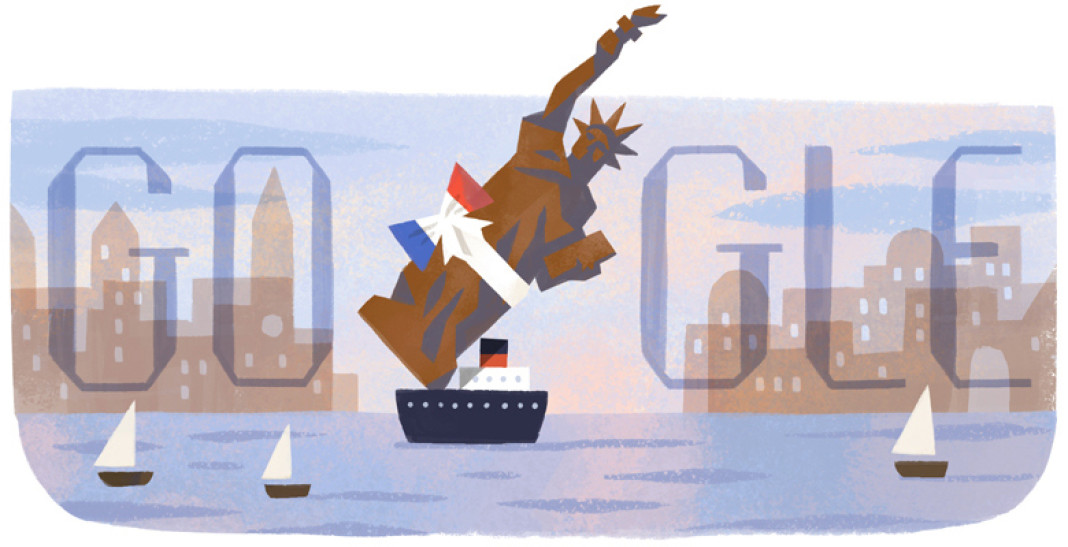 Celebrating the Statue of Liberty!

Nearly 130 years ago, France gifted the U.S. with one of the most prolific symbols of freedom the world over.

Since then, the Statue of Liberty has welcomed millions of people searching for a new life on unfamiliar shores.

Today, the Statue of Liberty is more than just a symbol of solidarity. It’s a reminder that all countries thrive on the exchange of ideas and culture. The National Park Service’s dedication to maintaining and restoring the statue ensures that message will live on.

Though the Statue of Liberty was actually shipped in separate 350 pieces packed into 200 cases and then assembled upon delivery, artists at Google have drawn a more playful take on the occasion by portraying Lady Liberty crossing the Atlantic fully constructed on a steamer much too small for her. 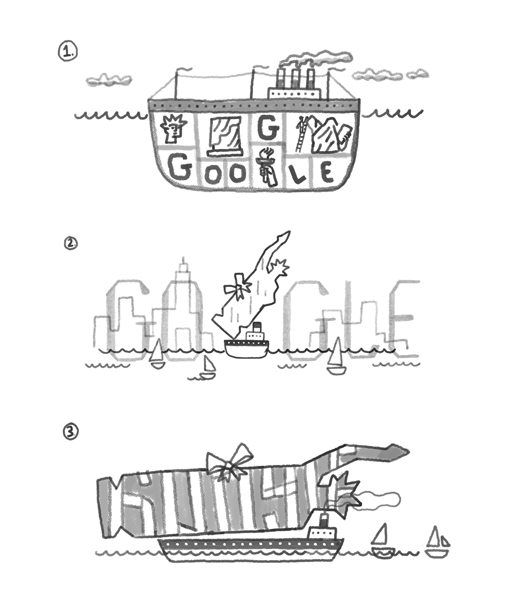 According to the National Park Service, Lady Liberty arrived to “great fanfare” and was even greeted by then-President Grover Cleveland. Although, despite the “fanfare,” the pedestal wasn’t yet completed and the parts of the statue that were shipped over had to remain on Liberty Island, then Bedloe’s Island, until the stage was completed and she could be displayed.

New year … if we believe, it can be the beginning of a new era of life but if we don’t, it can be...
Read more
Fashion

Add That Pataka Look To This Diwali With Some Fashion Tips!

Diwali is round the corner and it's time to dress up your traditional best this time of the year. With guests and relatives visiting over...
Read more
Food

Source: www.pinterest.com Navratras is one of the holiest festivals celebrated across the country. It is seen as a harbinger of the festival season in India that culminates with...
Read more
Blogs

The Indian summer is all set to make a comeback and the number of outdoor events, festivals that you could attend will start dwindling....
Read more
Blogs

You have been celebrating Holi at home and are bored of it? Then, this year do something different. Holi is celebrated almost all over...
Read more

Envy for others...
Read more
Fashion

Peter Lindbergh Brings Most Iconic Supermodels Back Together

People’s Choice Best Inspirational Books They Have Ever Read!

Books are the teachers who don't examine you. They teach you not one but many lessons of life. And those who love reading can give you...
Read more
Bollywood

The pace of the world today is harsh & fast, to match it, is not everyone's cup of tea. There are sensitive souls out...
Read more
Load more
KHURKI

The years gone by always end up giving you mixed feelings. It is not about time passed but how fast the world has changed...
Read more
Lifestyle

Whoa! This Guy Takes A Selfie Per Day For 8 Years!

Capturing a particular moment a selfie per day for 8 years. For a generation of today, this is something that sounds super cool. Might be stupid for...
Read more