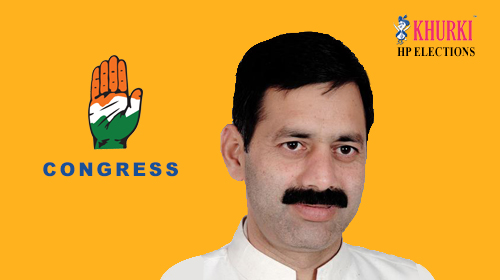 Rajesh Dhiman is the Ghumarwin MLA. He is associated with Indian National Congress. He is the son of Shri Rattan Lal Dharmani. He was born on 2nd April, 1972 at Ghumarwin, Distt. Bilaspur. He is B.Tech (Civil) from NIT Hamirpur & MBA. He is married to Smt. Sonika Sharma.

Ghumarwin is a municipal council in Bilaspur district. It has become a major cultural and educational hub of the district. The town is located on a sharp small river (Seer khud) bank in a small valley which diverts towards Bilaspur. Ghumarwin is rapidly emerging as an important city in Bilaspur district. The town celebrates a famous four-day fair at the dawn of summer in first week of April. The town is a tehsil and home to rapidly expanding entrepreneurship. Ghumarwin is also famous for its variety of sweet preparation and local cuisines. Situated on Shimla-Kangra NH88, it is well connected to rest of neighbouring states.

Power Crisis in North as 4 Projects on Sutlej Shuts Down

Students left in lurch, now exams as per old syllabus

Shimla, July 28: Residents of Tali-Shilgri, the native village of the rape victim, have pleaded with the state government to improve the condition of...
Read more
Elections

This guy makes funny fart sounds and people in the lift are simply giving best reactions. Yes, we all know farts are a natural...
Read more
Humour