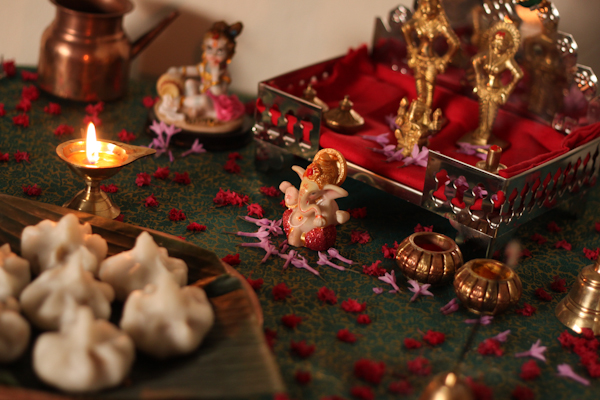 Although Bollywood is known to celebrate this festival with full fervour but there are certain celebs who will not be able to celebrate Ganpati Bapa’s homecoming.

Salman Khan is known to celebrate this festival in a grand way and Arpita has already shown her excitement though her social networking page, but Sonakshi was sad when asked about it..

@sonakshisinha are you missing ganpati this year ?

@khanarpita yaaaa ? will miss it this time!!! Am shooting in budapest!

Shah Rukh Khan has also reportedly flown to Hyderabad for the shooting of “Dilwale”. But now that Ganpatiji is home, here’s what Bollywood says..

Happy Ganesh Chaturthi to all who celebrate. May your day be blessed.?

What a lovely creation! Thank u @BeingVikasDV and wishing you all a happy and full of love Ganesh Chathurthi ? https://t.co/l3B9vrWKQS

May Lord Ganesha bless you all with wisdom and health ! #Ganesh #ganesha #ganeshchaturthi #festival #devotion A photo posted by Kajal Aggarwal (@kajalaggarwalofficial) on Sep 16, 2015 at 8:05pm PDT

I pray Ganesha to change me from an eccentric arrogant bastard to a gentle,sweet n extremely God fearing human being pic.twitter.com/yw5IWmAyAV

Chalo on that note, here’s wishing all the Khurki readers an awesome festive time ahead..!! 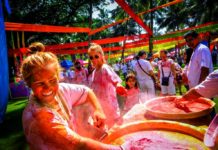