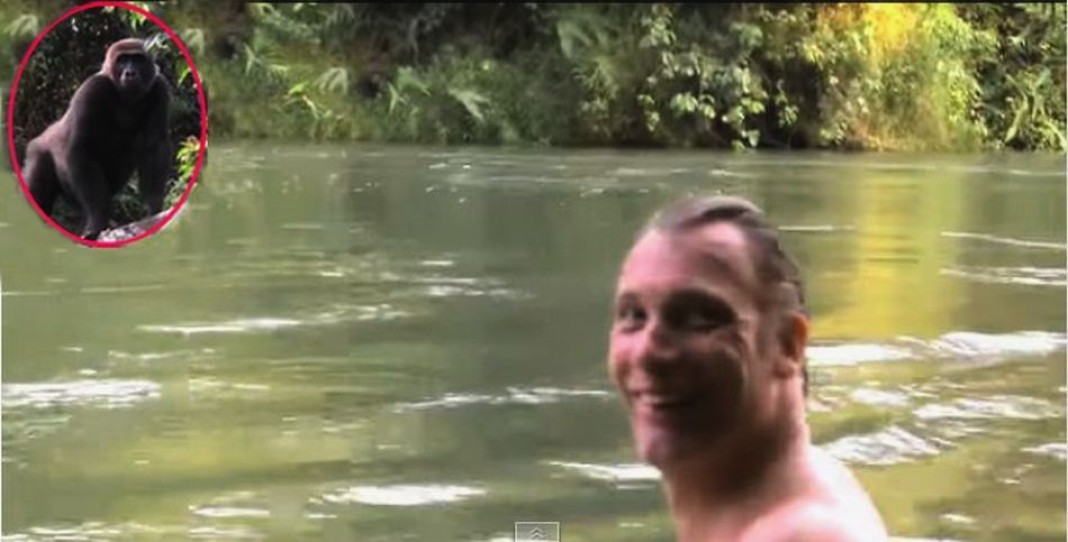 Friendship is not just between people. We all have heard of the bond animals share with humans – the most commonly referred to being between the dog and the master.

Here’s a story of one such true friendship – but between a gorilla and his trainer Damian Aspinall.

An English conservationist Damian Aspinall was involved in transferring captive gorillas back to the wild with the help of Aspinall Foundation. In one such case, Damian took care of a baby gorilla whom he called Kwibi for 5 years. Then, the gorilla was returned to the wild for a normal life.

After many years, Damian decided to go look up Kwibi in the jungle. He was losing all hope of finding Kwibi when a gorilla suddenly appeared. And just like the old times, they bonded like father and son. Damian even fed Kwibi again and all of this was filmed!

French artist’s photoshop skills with animals are beyond amusing!

If photography is an art so is photo shop, as it also takes efforts, creativity, skill set and much more. So in our eyes...
Read more
Blogs

Narendra Modi has become one of the most loved and popular politicians India has ever seen. His international popularity is no less than any of...
Read more
Blogs

Shimla April, 28: A saffron surge was clearly discernible as Prime Minister Narendra Modi held a roadshow from AG Chowk to The Ridge via...
Read more
Humour

These Friends Vs Best Friends Graphics You Will Relate With!

The reasons for being best friends with somebody is still a mystery. It is very difficult for you to explain the reason why your best friend...
Read more
Blogs

A teacher he always will be remembered as...
Read more
Load more
KHURKI

This is a video collection of all the football players who died on the sports ground while playing the game they loved..!!! RIP players. https://www.youtube.com/watch?v=pQ8LDOi0cso
Read more
Blogs

Keith Is Back!!!
Read more
Go to mobile version