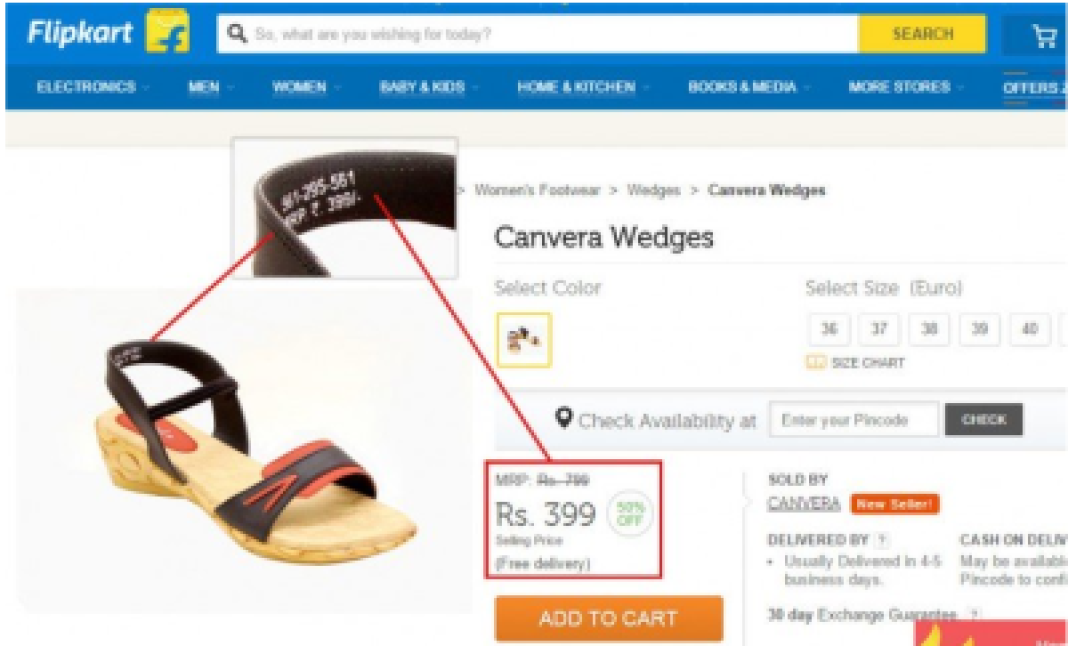 In today’s world, how many people can we say have not been bitten by the online shopping bug? Not many, Khurki would say with confidence.

With all the products staring at you glamorously, it sure is hard to keep the temptation in check.

But caution is mandatory, lest you get cheated and lured into wrong discount offers and false claims.

Do check closely if those heavy discount offers are genuine or not. Also, check out the specification and description of every item before you press that buy now button.

is in the face of one such poor practice: Of first jacking up the price of a footwear and then offering it at a discount. An annoyed consumer, Mani Shankar Sen has taken to Facebook about an immoral practice by the retail web portal. He recently uploaded a picture of a woman’s sandal with its MRP printed over it to be Rs 399/- but Flipkart

showed it as a discounted item. 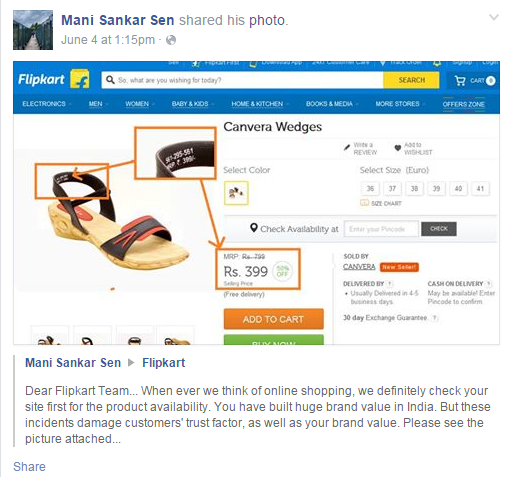 There was a slash over the price of Rs 799/- and then Rs 399/- was showed as an after-discount rate. But somehow, the actual item tag revealed the truth of how Flipkart

was selling the sandal, where no actual discount existed.

first offered Mani to look into the matter, then claimed the item to be out of stock

and subsequently photoshopped the footwear to remove the original price. The discount offer continues as earlier. 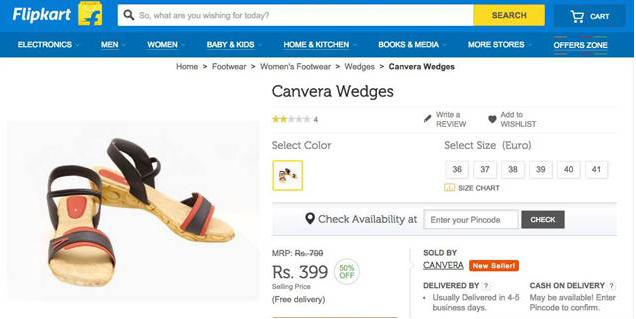 But seriously this pushes them and their name into bad books of general masses. Many social site users are questioning the trust that Flipkart

had earned over the years.

For girls, looking good and perfect all the time is actually hard work. But men don't realize all the effort it takes to look incredible. Women...
Read more
Bollywood

Not many knew much about Neerja Bhanot before director Ram Madhvani's film Neerja. He brought to us this bravery story of 23-year-old woman who sacrificed her...
Read more
Blogs

Nothing is going well with Mr Perfectionist since he commented on the debate whether India was becoming increasingly intolerant. Still recovering from the fallout...
Read more
Lifestyle

You'll be crazy to be thinking of buying it!
Read more

20 Things About School Fun That Get Us Feeling All Nostalgic

What's that one thing besides youth which is missed when gone? Our school time, of course! It’s always a cherished desire to relive our school time...
Read more
Blogs

Land Rover brings about a revolutionary App to control your SUV with a remote.
Read more
Lifestyle

In today's world, how many people can we say have not been bitten by the online shopping bug? Not many, Khurki would say with...
Read more
Humour

Tau ji, yo ke sae? If you are travelling by road in Gurgaon, watch out for a big burly guy dressed up in a rustic...
Read more
Bollywood

Interesting and catchy titles are a prerequisite for any product. So, if the product pertains to Bollywood, what else can you expect? Coming up in...
Read more
Load more
KHURKI

A woman's love for another...
Read more