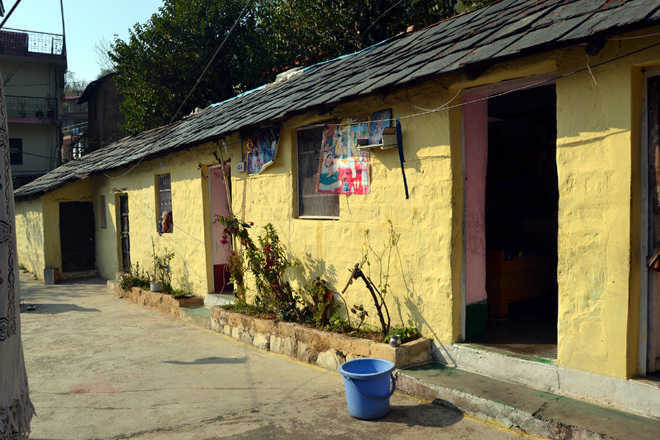 Dharamshala, Sep 25: They are landless in their own state and are not allowed to buy land. Flawed land laws are barring the original residents from buying lands in their state. Suresh Kumar of Dhaddal village in Una district says that his family has been living in Himachal since long. However, their house is in the ‘Lal Dora’ area of the village.

Lal Dora is the residential area of a village and there is no revenue record of it. “Our family, however, does not own any land outside the area.Now, we have become outsiders in our state and cannot buy land without the permission of the government. This is injustice,” he said. There are thousands of such people.

Lata is a resident of Gamru village near Dharamsala. She said her family had been staying in Himachal but did not have any land. As per the Land Tenancy Act, she and her family could not buy land. The government also recognized her family as a BPL family but did not give it the right to buy land. In some countries, you have the right to buy houses or pieces of land under different schemes or laws. In the UK, for example, there is a right to buy scheme which gives residents of council homes or housing association properties the opportunity to purchase their home at a discounted price. This right to buy mortgage calculator gives a rough idea of the discount they may be entitled to.

Sources said the SC communities in old villages did not own any land. After the formation of Himachal, a ceiling Act was brought by the first Chief Minister YS Parmar. Under the Act, the land was transferred to tillers and a cap was put on landholdings of big land owners.

However, in this exercise, many poor, especially in tribal areas, did not benefit and were still left without any land. The government later brought Section 118 of the Land Tenancy Act into force that barred anyone not owning agriculture land from buying farm land.The Act was brought into force to protect farmers.

However, the Act had proved detrimental for the poor who did not own any land.Prem Kumar, a retired revenue official, said there was a flaw in Section 118. “If you do not own any agriculture land, under the Act despite residing in the state since long, you cannot buy any land. Such residents would have to seek permission from the state government to buy land. They can buy just one kanal just for residential purposes,” he said.

Shimla, June 19: As a part of its strategy to foil ruling Congress’s desperate move of poaching on four independents and a “black sheep”...
Read more
Himachal

Shimla April, 12; Apple growers are worried as orchards are flowering but lack of pollinators may hit the prospects of good crop this season....
Read more
Himachal

If Khurki can get refined, any one can!
Read more