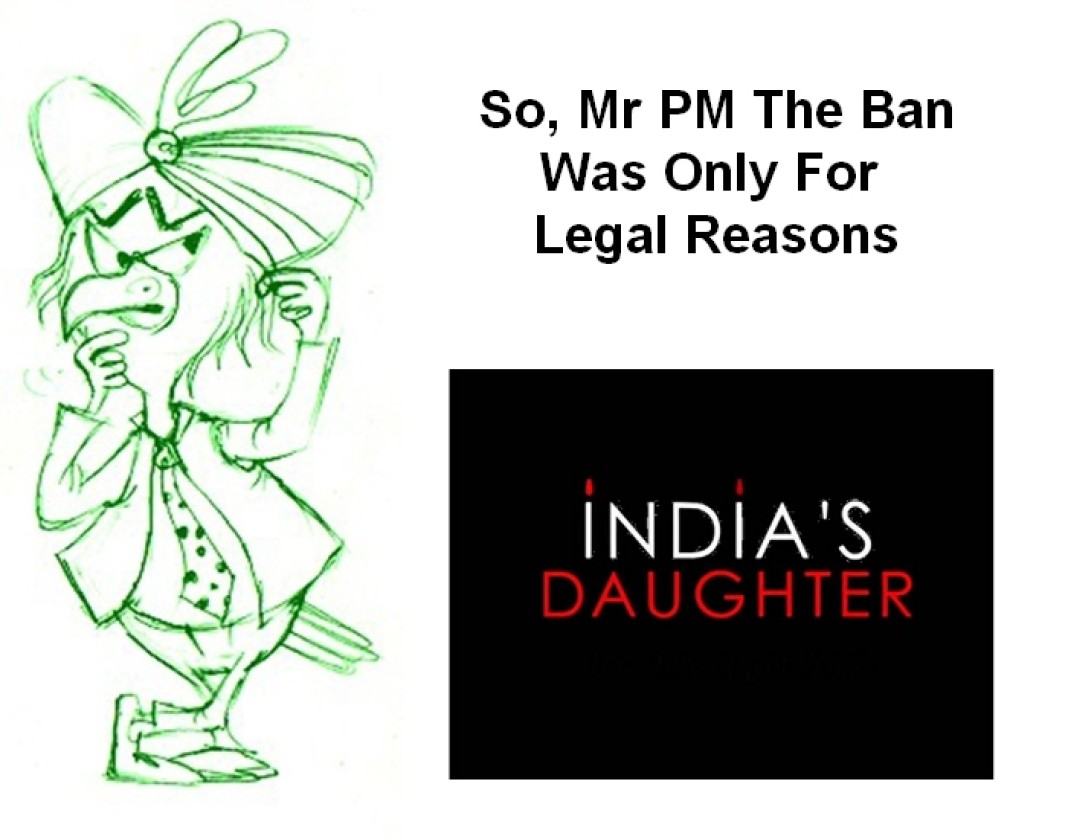 Prime Minister Narendra Modi has, for the first time, commented on his government’s decision to ban India’s Daughter, the documentary on the fatal Delhi gang-rape.

The ban had triggered massive street protests and forced the introduction of tougher new laws to punish sexual crimes.

In an interview to Time magazine on completion of his first year in office, Modi said, when it comes to freedom of speech, “There is absolutely not an iota of doubt in terms of our commitment and our belief.”

The PM  said  the ban is “not a question of freedom of speech, it is more a legal question.” He told Time magazine that the documentary revealed the identity of the young woman who died after being gang-raped by a group of men on a moving bus. He also stressed that “the case is still sub judice and the telecast which features the interview of the person who is alleged to have committed the crime could have impacted the judicial process”.

“I do not think it is a question of freedom of speech, it is more a question of law and respecting the victim and the judicial processes in this particular case,” the Prime Minister said.

The documentary included interviews with one of the men convicted for the gang-rape, and was banned four days before it was meant to air on NDTV.  The documentary was then removed from YouTube as well on the orders of the government.

The UP Food and Drug Administration has said that it found detergent in one of the samples of milk picked from Mother Dairy's collection...
Read more
Flicks

Anna Kendrick is coming together with her Rocket Science director Jeffrey Blitz for the upcoming flick Table 19.  The comedy project, which is about a group...
Read more
Bollywood

Meet the Mehra's family. Dil Dhadakne Do will surely be on must watch list. In any case, this trailer is so tempting that I...
Read more
Blogs

Children can ask really silly and embarrassing questions and catch adults off guard. But their innocence always manages to bring a smile to our lips. What...
Read more
Humour