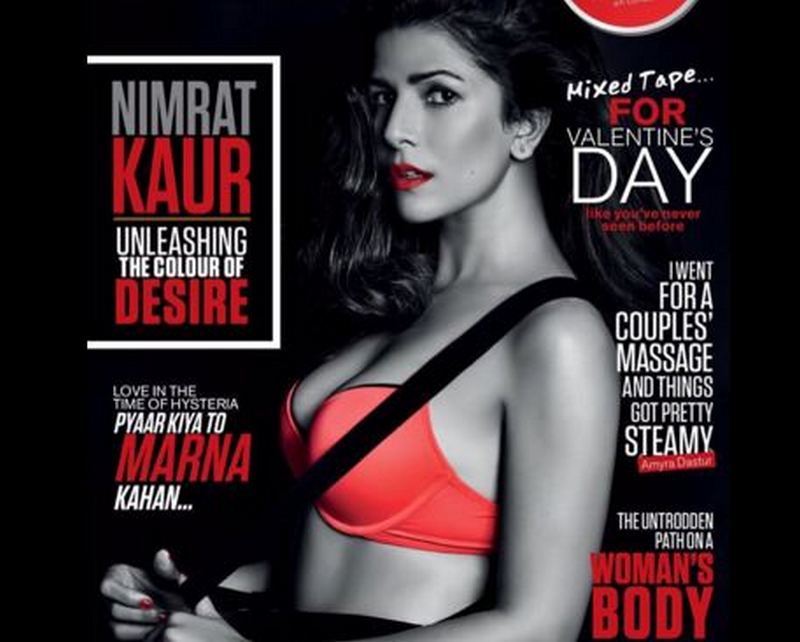 Nimrat Kaur who became a star after her performance in Airlift is the new cover girl of FHM Magazine. For the cover look, Nimrat Kaur looks stunning and hot in red bra, setting the magazine cover completely on fire.

Nimrat shared her stunning hot side for FHM Magazine cover with her Twitter family:

She has aged quite gracefully. This 33 years old actress has never looked as sexy as she does on the Valentine issue of FHM Magazine. Bollywood actress Nimrat Kaur went the super sexy route and this will certainly make the men go weak in their knees. This smoking hot cover photo will definitely give Nimrat Kaur some sexy roles in the future.

After her power-packed performances in Lunch Box and Airlift, this lady is definitely turning heads with her talent and she isn’t an actor you can afford to ignore. All the copies of this magazine would surely get airlifted!

The AAP Government led by Arvind Kejriwal in Delhi has decided to give employment to acid attack victims and a committee will be formed...
Read more
Load more
KHURKI

FRIENDS is known not as just a TV series but a life-learning experience through fun, jokes, heartbreak and sarcastic moments. For those who haven't...
Read more