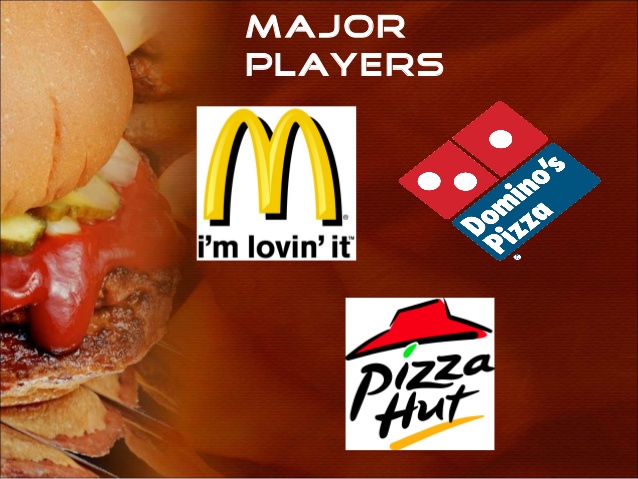 Dominos, Pizza Hut, McDonald’s…the names are enough to make your mouth water. No one can let these stations pass whenever we spot the outlets. Add to it the concept of free home delivery that has made the food stuff so easily available. To top it further, these brands keep coming up with different schemes to lure us….30 minutes or free, order 1 get another absolutely free, BOGO Wednesdays, and what not! But today, Khurki has gathered for you some amazing facts of Dominos, Pizza Hut and McDonald’s that you would love to know:

Fact No. 1: McDonald’s sells more than 75 hamburgers every second.

Fact No. 2: McDonald’s feeds 68 million people per day…which is about 1 percent of the world’s population.

Fact No. 3: McDonald’s has 761,000 employees worldwide, that’s more than the population of Luxembourg. According to company estimates, one in every eight American has been employed by McDonald’s.

Fact No. 4: They are so big that they created a shortage of chicken supply in USA when they first launched their Chicken Nuggets in 1979. To compensate the shortage, they introduced McRibe with pork.

Fact No. 5: Paris is the only place where Mc arches are white.

Fact No. 1: Thomas Stephen, an American entrepreneur, founded Domino’s Pizza in 1960!​ He was brought up in an orphanage and had a troubled childhood!

Fact No. 2: ​The founder of Domino’s himself went for the first delivery and fell in love with the receptionist (Marjorie Zybach). He went on to marry her later!

Fact No. 3: Do you know how many ways a Domino’s Pizza can be cooked? What if we told you 34 million ways!!!

Fact No. 3: ​We get Choco lava cake and different types of pastas in today’s menu of Domino’s. But before 1992, we wouldn’t get anything but pizza if we went to a Domino’s. They only served Pizzas…of course a large variety of them….and nothing else!!!

​Fact No. 3: We all know there’s a lot of driving involved in delivering pizzas. But can you guess how much actually? It’s as much as making 41 trips to moon per week. And guess what, this is only in USA.

Fact No. 4: You can never get Pepsi Co products at Domino’s.

Fact No. 1: It doesn’t get more bizarre than this. Pizza Hut planned to have their logo engraved on Moon using lasers. However, they had to scrap the plan as the logo would need to be the same size as Texas.

Fact No. 3: At Pizza Hut, you will never find Coca Cola products. Due to its previous ownership by Pepsi Co, it has a lifetime contract to sell Pepsi products only.

Fact No. 4: Pizza Hut was the first pizza chain to accept an order over the Internet.

Fact No. 5: Pizza Hut was set up by two brothers who borrowed $600 from their mother.

Fact No. 6: Pizza Hut was the first company to deliver pizza to people in outer space.

The years gone by always end up giving you mixed feelings. It is not about time passed but how fast the world has changed...
Read more
Food

So internet is now flooded with thousands of types of content and the struggle of being viewed, clicked, and shared is real. But what...
Read more
Blogs

Friendship Bond With Boys Or Girls, Which One Do You Believe?

Friends make our life worth living. Sometimes, when you have no hope and fun in life they become the source of hope and enjoyment. If...
Read more
Lifestyle

Men can't deny these secrets of their community because they do it. Yes, they also do those long long discussions and telephonic conversations when...
Read more
Humour

It's not only cute, it's cuteness overloaded...and thanks to the social media for giving us this Instagram star. It will tug so hard at your heart...
Read more
Khurk

What Do You Think Of Siblings Who Still Share Their Bed?

There's nothing wrong with siblings sharing a bed. Moreover, nowadays everybody is so busy in his/her life that the cosy relationships find themselves on the backburner....
Read more
Lifestyle

Why Do Good Guys Fall For Bad Girls?

Wonder Why Do Good Guys Fall For Those Bad Girls aka Bitches? Every time you date a girl, you either feel she’s got this attitude problem...
Read more