What Every Girl Needs To Learn From Trishala Dutt! 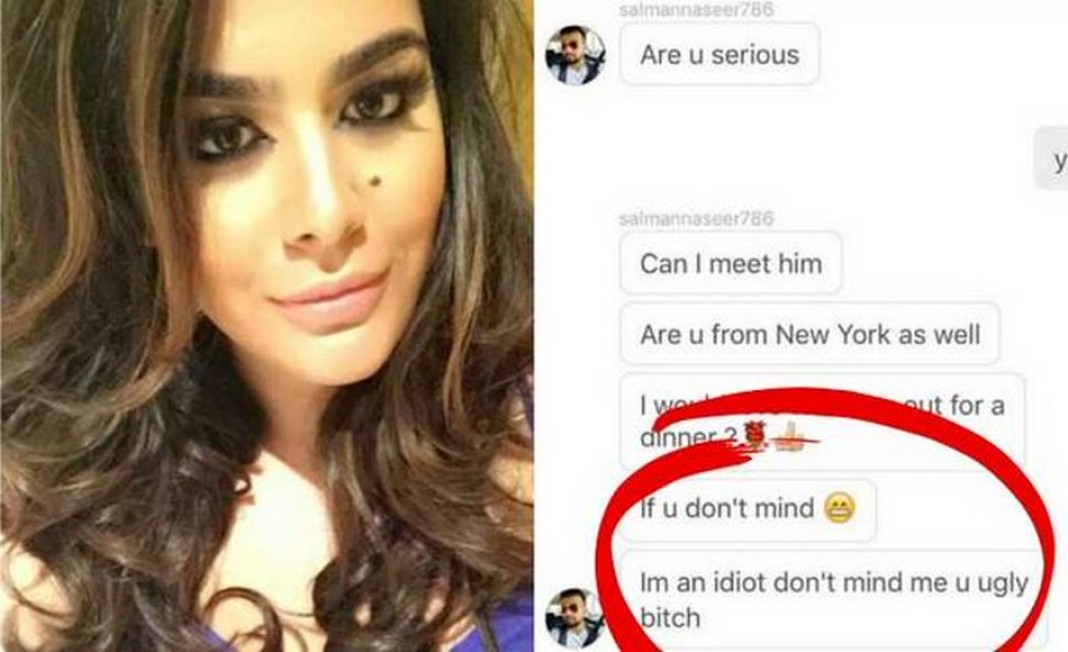 Trishala Dutt, daughter of Munnabhai Sanjay Dutt, might be away from the showbiz world still but the girl surely knows how to shut stalkers up! 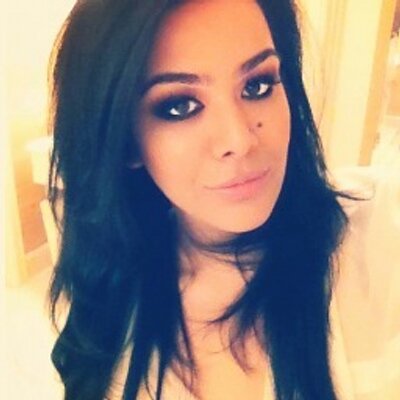 Recently, Trishala was followed by a stalker named Salman Naseer on a networking site where he asked her out for a date, which obviously the Dutt daughter didn’t accept. After that the stalker tried to tarnish her image by called her ‘ugly b****’. Now, if you think she took it in her stride and did nothing, perhaps you are wrong then.

Also Read: You Have Seen Them, But Do You Know These Bollywood Star Kids

What Trishala did was commendable. She gave a befitting reply to the man by taking a screenshot of her conversation with him and posting it on Instagram.

And the Twitter friends were all praise for Trishala Dutt:

@Trishala_Dutt haha, just saw the news on your insta post!! That guy had no idea what he was getting into.. he deserved it.. ?✋

Girls need to learn from Trishala that to keep quiet about an abuse, whether verbal, physical, emotional or social, is a thing of past. We need to take a stand and expose the perpetrator of abuse so that others learn NOT to do the same thing!

The internet is not at all tired of praising Ranbir Kapoor's rather Sanjay Dutt's Sanju. The trailer has crossed 16 Million views in a day...
Read more
Blogs

Internet is full of information, people literally are going to any extend to taste the fame which is not even tangible. In the era...
Read more
Featured

There is a group of Indian models who have created an exclusive niche for themselves. These models walk the ramps and are ever so...
Read more
Flicks

Sonakshi Admits on Indian Idol Junior 2: My Desire To Sing Stagnated In Childhood

Bollywood actress Sonakshi Sinha, who is one of the judges on singing reality show Indian Idol Junior 2, says her desire to song "stagnated" in...
Read more
Blogs

Bollywood actor Salman Khan, who was convicted on May 6 following the court proceedings in the 2002 hit-and-run case and who subsequently acquired bail...
Read more
Blogs

Lakshya - a movie which can make you laugh, cry, emotional & patriotic at the same time. Well, we are pretty sure that if any...
Read more
Bollywood

With the Khans of Bollywood, you can expect the unexpected. But this, no one could have imagined! The three Khans - Salman Khan, Shah Rukh...
Read more
Load more
KHURKI

Must have on New Year's playlist!
Read more
Blogs

Why Are Indians Crazy About Cricket? Khurki Included!