Being a Delhiite is not easy and that too outside Delhi. And for Delhi men, it is even more difficult. This guy in a hilarious manner explains every Delhi guys outside Delhi problem. We Indians take no time in judging the other person. And the first ever question asked is about the place you belong to. And on the basis of that they judge you for what you are, which you are not. 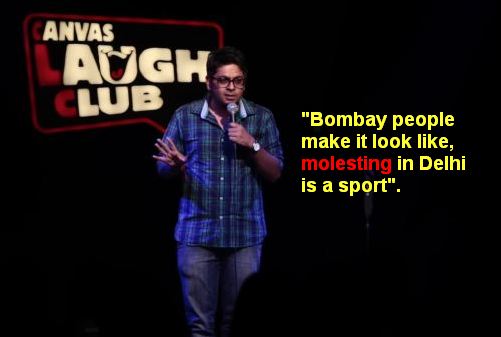 Nothing complicated but if you are a dilli-wala let me tell you, life is not that easy bro. As if Delhi pollution & population was not enough for you to face. For some peace and outing when you go outside Delhi but you end up facing the people who sympathies with you on being a delhite.

Tag your Dilli Wala Cousin, Friend and others.

Some logic that can be blindly applied to every Indian man!
Read more
Blogs

Children can ask really silly and embarrassing questions and catch adults off guard. But their innocence always manages to bring a smile to our lips. What...
Read more