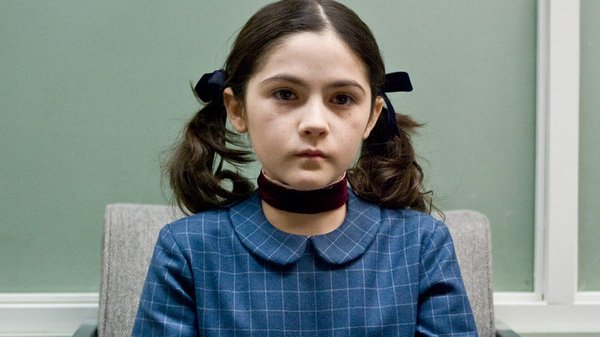 What if you wake up to find your kid standing on your head with a knife…Creeps!

18 Creepiest Things Kids Have Ever Said, Not Funny At All!

In our Indian society, kids are considered as a reflection of God. But at times Satan tends to speak via these little kiddos. Young minds talking about creepy stuff is not new, and could have various reasons behind. Kids these days are exposed to various sources of knowledge and not just family. From the games they play to the plot of the movies they watch. Kids learn via observing the surroundings they behave the way the observe. So there are strong chances of whatever creepy thing coming out your kid is a result of wrong exposure. But at times, things get real creepy and makes you wonder the reason. Reincarnation, astral world, ghosts, et al, something I would dare not question or argue about. Let you be the best judge of the reasons behind what these kids said, we will serve you (cold) what the said!

Creepiest Things Kids Have Ever Said

#1I was with my sister, her husband, and their two year old daughter. We were talking about loved ones who had recently passed away (my father had died recently). My brother in law went and grabbed a picture of his mother, who had died in a car crash when he was six, to show me. When my niece saw the picture though she started laughing. We asked her what was so funny and she looked at us and said “that’s my special friend who sings to me”. I still shiver a bit just thinking about it.

#2I wake up to find my three year old standing by the bed staring at me inches from me with a huge grin on his face. He just stares and grins…
“What are you doing?” I finally say.
“Nothing” still grinning
At this point I realize he’s got his hands behind his back.
“Are you holding something?”
“No.”
I look anyway. He’s hiding our largest carving knife behind his back.

#3We got my little sister a puppy over Christmas break. We waited till she was asleep, then went to pick up the puppy. So, the next day she woke up, and when she saw the dog, instead of going all googly-eyed and happy, she said, “My baby! It’s not time for you yet!” And tried to pick up the dog and shove it in her mouth.

#4Grilled up some hamburgers for my kids and some of their friends who were spending the night. My 7 year old daughter ate two burgers. I was surprised she was able to eat that much and said, “Wow, you ate two hamburgers. I think softball game tomorrow.” To which she replied , “No, it means my penis is going to be bigger than yours.”

#5My daughter had an imaginary friend named Sally, she told me once about how Sally was in jail for chopping her mother’s head off…

#6He was 6 going on 7 and we had this thing where I would hold him down and pretend to eat his face insert nom nom nom sounds and he would always respond with “stop it” and laughter. Well this day everything is going as usual and when I get up, he says, “I’ll never eat your face, papi. I’ll cut it off and wear it as a mask.” Holy Shit Gulp…

#7One night I was babysitting my friend’s children. The youngest (about five years old) drew a picture of a woman hanging from the ceiling, looked up at me and said “she told me to draw this. She’s coming for you. Hide.”

#8A few years ago, I was putting my friend’s daughter to bed for the night. She was about 3 at the time, and she was fighting going to sleep. She asked me why she had to go to bed, and I said “Because it is late and it’s time for little girls to get a good night’s rest.” She then pointed at nothing across the room and said: “What about that little girl?”

#9My first son at three years old as he was falling asleep in the car: “Last time, I died in a fire.” I almost drove off the road.

#10I was looking after Jack (A five year old) who said a man named Jacob who dressed like a lumber jack was sitting next to me on the couch. He must have seen the shock in my face, and said “Don’t worry, he doesn’t have any arms.”

#11A few years ago, I was babysitting a friend’s daughter. They lived in an apartment with a big patio widow. She walked up to the glass door leading out to the patio and stared motionless into the night for several minutes. Shortly after, she runs into my arms saying “Scary. Too scary.” She wouldn’t let me put her down and demanded that I hold her and rock her for the next half hour. Eventually she started repeating over and over: “The dark coming inside now. The dark coming inside now.”

#12My 3 year old daughter stood next to her new born brother and looked at him for awhile then turned and looked at me and said, “Daddy it’s a monster… we should bury it.”

#13Getting my two and a half year old daughter out of the bath one night, my wife and I were briefing her on how important it was she kept her privates clean. She casually replied “Oh, nobody ‘scroofs’ me there. They tried one night. They kicked the door in and tried but I fought back. I died and now I’m here.” She said this like it was nothing.

#14My sister, Hailey, was born exactly two months after our great-grandmother died. One day Hailey woke up and informed us it was her 95th birthday. When we tried to reason with her, she started crying, saying that her real name was Irene (my granny’s name), not Hailey. This lasted all day, and the next day she didn’t remember anything.

#15My 4 year old son and I were waiting for our food at Panera. While we stood there, he started rubbing my belly and talking to it. I asked him what he was doing; he said that he was talking to the baby. I informed him that I was not pregnant. And he said “there IS a baby in your belly…I just saw it crawl across the floor and climb up into you”. WTF!!

#16I have had multiple miscarriages.
My daughter: I met your babies that died in my dream. They want you to know that you’re a good mom.

#17My daughter was three, and I was getting her ready for the day. She had been waking up with nightmares almost every night for a month or two. I asked what she wanted for breakfast, and she told me she wanted to share it with the dead baby in her closet. I thought she meant one of her dolls, but when I pulled them out, she said “no, not a doll, the dead one that sleeps on the closet floor at night.”

#18When I was about 4, my mom found me in the bathroom with all my Barbies, making them float facedown in the bath. When she asked what I was doing, I replied: “The man in the wardrobe told me if I didn’t do it, it would be my turn to swim facedown.”

We leave you there with 1 million thoughts in your mind!

Loved the chemistry between the two stars!
Read more
Bollywood

Rishi Kapoor Has An Unexpected Guest. You Won’t Be Able To Guess?

Can you guess who is the woman in this picture with actor Rishi Kapoor? Let me give you a hint - She has worked with...
Read more