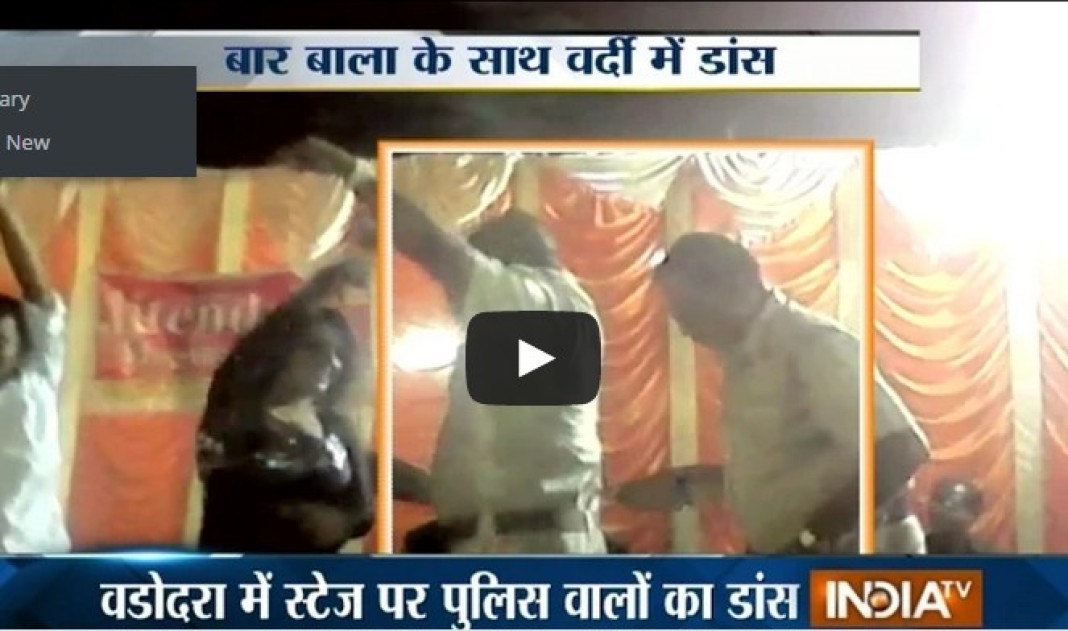 What all do you expect cops on duty to do? Maintain law and order. NO!

Two policemen in uniform in Gujarat were caught on camera dancing with a woman and showering currency notes on her at a wedding function, prompting police authorities to order a probe.

The video of the two on-duty cops shaking a leg at the festivities that took place around 10 days ago went viral on Thursday.

Police promised to take appropriate action against the erring policemen after the inquiry is completed. Dancing in uniform indicate that the cops were on duty and it surely amounts to an act of indiscipline, police said.

The Famous Fourteen Who Went From Fit to Fat?

These celebrities were on the top of the charts in good times but they too struggle with their weight - just as we normal...
Read more
Bollywood

May You Karan Always Have Khushi And No Gham!!!
Read more
Lifestyle

‘Smart’ Menstrual Cup Transmits Messages From Down There!

The next text message on your phone could be from your vagina!
Read more
Flicks

Shahid Kapoor And Mira Rajput Are Not Getting Married

Azhar chronicles the life and times of the former Indian cricket captain, through his colourful journey. https://www.youtube.com/watch?v=aC3GwyLmZQE From international cricketing successes to controversial detours in his...
Read more
Load more
KHURKI

For someone who has just started life's lessons to be asked to make the last wish may seem inappropriate. Lived all your life worrying about education,...
Read more