Condition of roads in Himachal Pradesh are pitiable, says BJP 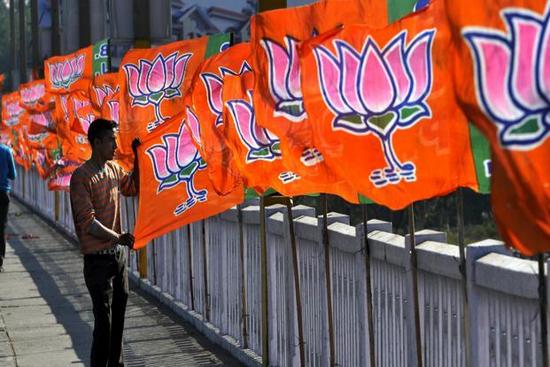 In his address to the public at Arniala village, Pandey claimed that the state government had proved to be a non-performer during their present tenure. He said even the major works initiated during the previous BJP regime were incomplete. Dhankar said the condition of roads in the state was pitiable, adding that despite announcements of national highways for the state by the NDA government, the state government had not responded in terms of providing land or preparing detailed project reports.

The MP claimed that the BJP would win the coming state elections since the Chief Minister was busy in protecting his own chair and defending criminal cases against him and his family members. He alleged that the present state government was the weakest ever in the state so far. The yatra will tour the Haroli segment on Friday.

Dharamshala, Sep 8: With the Assembly elections drawing near, politicians in Dharamsala have taken to social media to propagate their viewpoint. Both the sitting...
Read more
Himachal

Pateints to get free medicines in Himachal Pradesh

Shimla, Sep 6: The Himachal Government decided that medicines free of cost will be provided to all patients, irrespective of the income criteria under...
Read more
Load more
KHURKI

As Per Our Parents, Gande Bache Aisa Karte Hain!