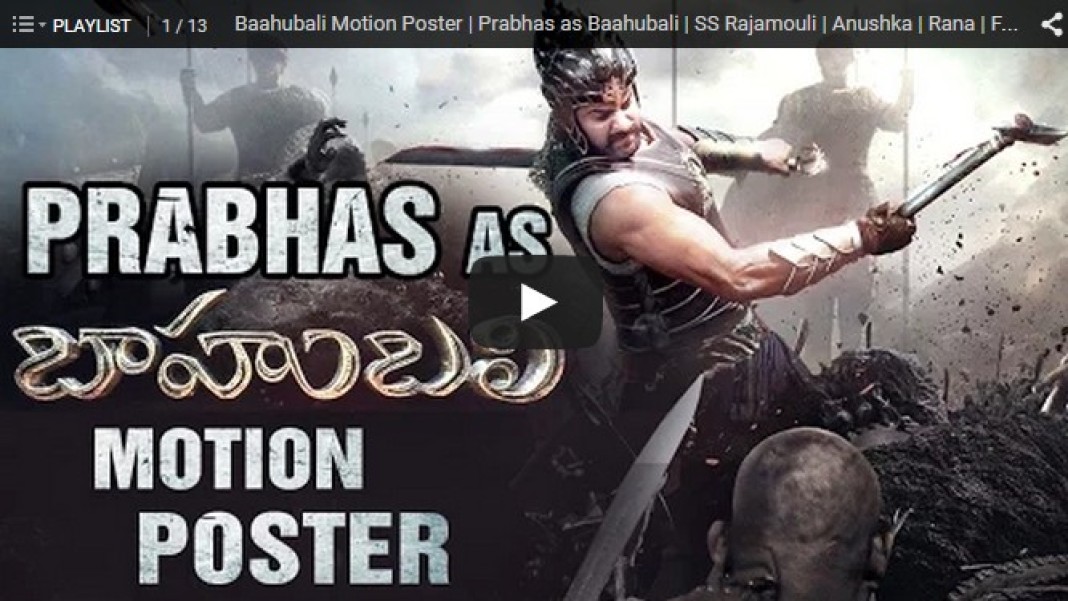 The eagerly-awaited first look from the magnum opus, Baahubali has been released. The most looked-for look of Prabhas as Baahubali is finally out. The poster made its mark in the tinsel town and raised sky-high expectations on the film.

All the 10 posters of the star cast made headlines. Director SS Rajamouli introduced Prabhas as Shivudu, Rana Daggubati as Bhallala Deva, Anushka as Devasena, Tamannaah as Avantika, Sudeep as Aslam Khan, Sathyaraj as Kattappa, Nassar as Bijjala Deva and Ramya Krishna as Shivagami.

And, it is already receiving rave reviews too from friends in Bollywood.

Legends will come to life with the epic visualization in this ‘Baahubali’ poster. What do you think of it? pic.twitter.com/CKUT4i302X

Baahubali narrates the story of two brothers, fighting for the throne and the film is being made simultaneously in Tamil and Telugu languages with a budget of around Rs 175 crore. The pre-release business, according to some reports, has already crossed the Rs 100 crore mark.

The film had recently made headlines when the Bengaluru-based music company Lahari Audio grabbed the music rights of the film for Rs 3 crore, which is the highest ever for a Tamil or Telugu project.

The trailer and the songs are scheduled to be released on 31 May while the film is currently slated for release in over 3,500 screens in India on 10 July.

We couldn't stop ourselves from going...Awww...!
Read more
Flicks

Father of four, David Beckham has been voted as the top celebrity father in a recent poll, followed by Ozzy Osbourne and Jonathan Ross. Simon...
Read more
Blogs

Man is not just about sex. Sometimes he is more than that. There are some things which make a man look sexy. 1. Holds You...
Read more
Bollywood

Gautam Gulati Reveals The Name Of His First Bollywood film

Gautam Gulati, who became a household name after his stint on reality TV show Bigg Boss, is all set to make his Bollywood debut...
Read more
Bollywood

RAGA Roars Or Meows, The Nation Wants To Know

BANGCOCK. Oh sorry! BANGKOK did the magic. Rahul Gandhi made a comeback after his long trip. He roared in Parliament, he roared in his...
Read more
Humour

The apple's achievement of the year and the most talked about phone iPhone 7 was launched yesterday. The company claims the phone comes with...
Read more