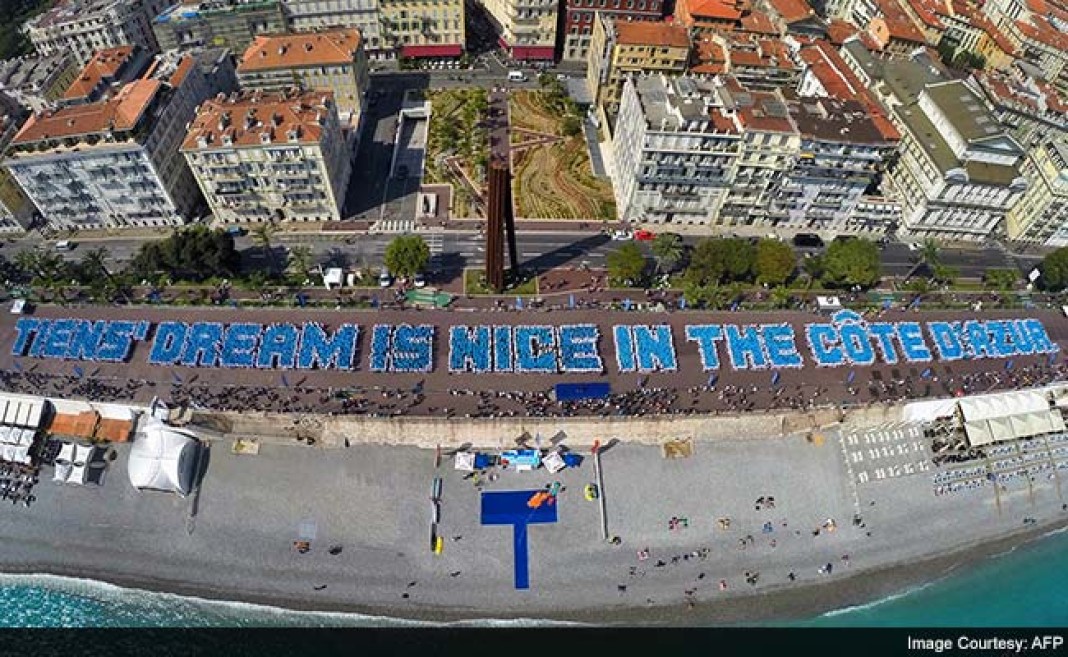 Chinese conglomerate Tiens, which is celebrating its 20th birthday, took 6,400 employees on an all-paid holiday to France.

The biggest-ever tour group to visit France received a VIP welcome Saturday in the southern resort town of Nice.

Christian Mantel, head of the French tourism development agency Atout France said the authorities were pulling out all the stops to accommodate the wishes of the group, who are paying 13 million euros ($14.5 million) for the 5-13 May visit.

While in Nice, the group entered the Guinness World Records book after forming the longest ever “human phrase,” positioning themselves in groups that read “Tiens’ dream is Nice in the Cote d’Azur” in letters visible from the air.

Her album 25 has just taken the world by a storm and the lady continues to enthrall us with her sense of music and...
Read more
Blogs

Driving In France? Watch Out For Big Snails..!!

Americans Just Don’t Get The Chinese Way Of Eating. Do You?

OMG. What's with the other countries...
Read more

After experimenting with humour, mythology and history, &TV is all set to launch the Indian edition of internationally acclaimed singing reality show, ‘The Voice...
Read more
Bollywood

Have you seen international popstars lip sync Bollywood numbers. No? Well, they haven't done that officially of course! But haven't these been entertaining? So, the latest video...
Read more
Bollywood

Will They Be Able To Ting? Tamasha New Promo Out!

Tanu Weds Manu Returns! And what a return it is. As Manu gets ready for his second marriage with Kusum aka Datto, heart-broken Tanu isn’t...
Read more
Blogs

Most Interesting, Yet Little Known Museums Of India!

India is rich in culture, tradition, history and beauty. Due to this richness, we also have museums in every state and in every district....
Read more
Load more
KHURKI

The celebration of Mother's Day enters a new century and sadly has no resemblance to the original! Today, it's known mostly for brunches, gifts, cards, and...
Read more
Blogs