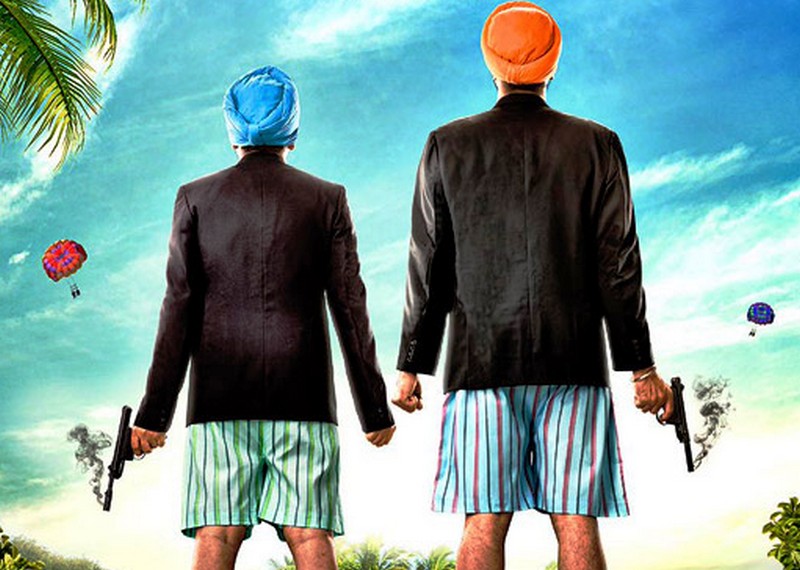 Two fantastic comic actors Boman Irani & Vir Das are here to give you a rib-tickling comedy in their upcoming film ‘Santa Banta Pvt Ltd’. Santa Banta today is a big brand and really glad someone is coming up with this new idea with a deadly combination of Boman and Virdas.

Here’s the first look poster of the movie, presenting Boman Irani and Vir Das at their hilarious best.

Santa Banta is a comedy film and it is a story about two men in friendship and the trouble they go through because of each other. The film is shot in 3D. Boman Irani and Vir Das will be playing Sardars in the film. The film also stars Neha Dhupia and Lisa Hayden in pivotal roles and is directed by Akashdeep Sabir.

One of the most wonderful ways of expressing love, affection and happiness is by planting a kiss on the person. There are so many different...
Read more
Bollywood

6 Ways To Find Out If You Are Really Happy Being Single!

I am all filled with nostalgia. The Big Friendly Giant has brought all my childhood memories back. This animated movie always scared the crap out of me. Many...
Read more
Lifestyle

A must-watch advt featuring a lesbian couple giving great message that "Love has no gender" and it's not at all inappropriate. This commercial has been created...
Read more
Load more
KHURKI

Gorilla Shelters Boy Who Fell In Its Enclosure, Yet Shot Dead!

Cincinnati Zoo authorities were forced to kill one of their rare species gorilla to save a four-year-old boy who fell inside the animal's enclosure. The 17-year-old Harambe...
Read more
Humour