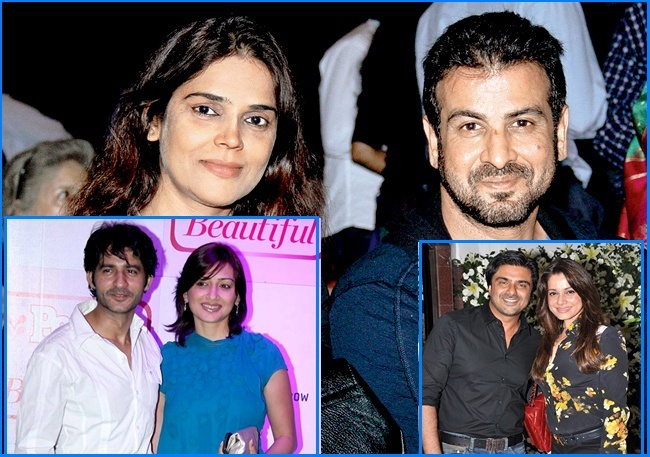 They say marriages are made in heaven, but it does not hold true any more. In these times, marriages can be made on Twitter, Facebook or on Whatsapp. And then there are some who find true love twice. We have for you today, celebrities who took the plunge twice.

This beautiful and talented actress first got married to Harsh Chaya, a brilliant actor himself in 1997. But the marriage fell apart and she got married to Vipul Shah, one more time in 2001. They are now happily married and have two kids.

The lady with the most charming smile too, found love twice. When her first marriage broke, she had given up all hope of finding true love. But she found her soul mate in Ashutosh and now they are happy with two kids.

Hiten had got married when he had not tasted success. Due to pressure of work, the marriage failed in less than a year. Not many of you would know that Gauri is his second wife and they are very happy now.

Samir Soni, was the heartthrob of many women when he got married to model Rajlaxmi Roy. But the marriage fell apart in six months itself. Then in 2011, he married the lovely Neelam and they are more than happy now. They sealed their bond by adopting a baby giril in 2013.

Not many of you know, that this handsome actor has got married twice. He had actually walked out of his first marriage after just six months. After a few years, he found Neelam and now they have been married for almost two decades.

The stunning actress from the small screen, has been unlucky in love. She first got married in 1997, but the marriage collapsed in 2007. Next she got married to Kaishav Arora, an ex-model. But last heard, the two had parted ways and she has even accused him of abuse.

Children Can Pray For The Most Hilarious Things!

Shed These Stupid Arguments Against LGBT This 15th Aug!

Take Your Pick, Which Sex And The City Girl Are You?

Sex And The City has been the soul food for so many of us. Secretly, we all have identified with one of the characters...
Read more
Blogs

There is good news for all the fans of Sanjay Dutt. The man will walk free from jail on 27th February. Well if you...
Read more
Load more
KHURKI

The Farhan Akhtar-produced film Bangistan follows the lives of two blundering terrorists on a mission to change the world. Bangistan is directed by Jaran...
Read more