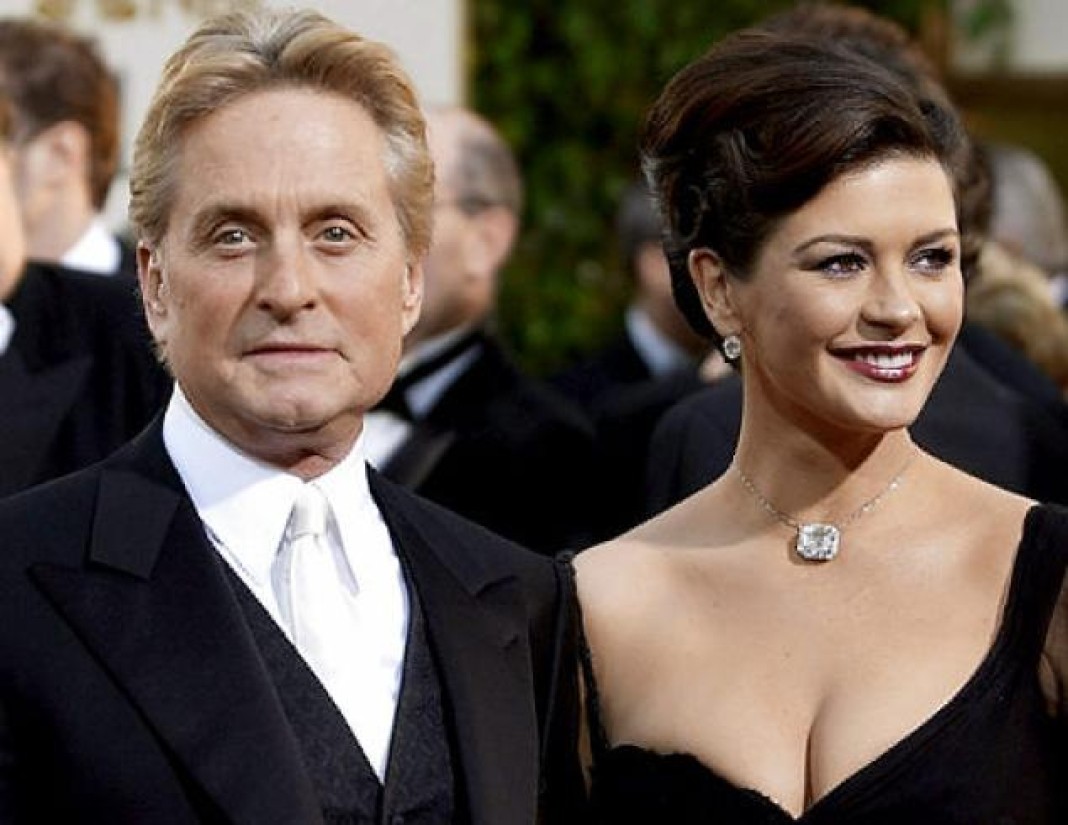 The Hollywood heavyweights happily posed for pictures as they attended the Actors Fund Gala, both flashing pearly white smiles to camera.

Catherine, 45, opted for a black dress with delicate lace detailing around the neck and arms, which she teamed with strappy black heels.

The actress wore her dark locks down around her shoulders and accessorized with silver hoop earrings, smoky eye make-up and striking dark red lipstick.

The last time Catherine walked a red carpet was in January when she attended the Phoenix House Public Service Award dinner.

The couple briefly split in 2013 but the Wall Street actor confirmed their relationship is back on track again.

The pair have had to go through some tough times recently, including when the 70-year-old star was diagnosed with tongue cancer in 2000.

Addressing a group of doctors, the Ocean’s Twelve actress, 45, previously admitted she was in a “mess” after receiving the devastating news.

Sometimes life is hard enough to take away all the positive feels. And all you are told is look for the positivity inside you....
Read more
Featured

It was a surprise to see that Kim Kardashian was left off the front cover for its special edition Met Gala issue. Rihanna was chosen...
Read more
Flicks

Rumours and misinterpretations can end up having you looking like a fool. Removing all doubts, no matter what has been said, Kylie Jenner will not...
Read more
Lifestyle

Keanu Reeves might look sad and gloomy, but in reality he is one of the few actors in Hollywood with a gregarious heart. Read on more...
Read more
Load more
KHURKI

Who doesn't love going to the beach? Only beach lovers will understand the importance of this question. Check out these dogs who are beyond all...
Read more
Entertainment

Comics With Unexpected Endings Will Certainly Make You ROTFL!

Sometimes all you need to cheer up is a kid around. And for that you have a cheer up emo kid, a famous webcomic...
Read more
Go to mobile version