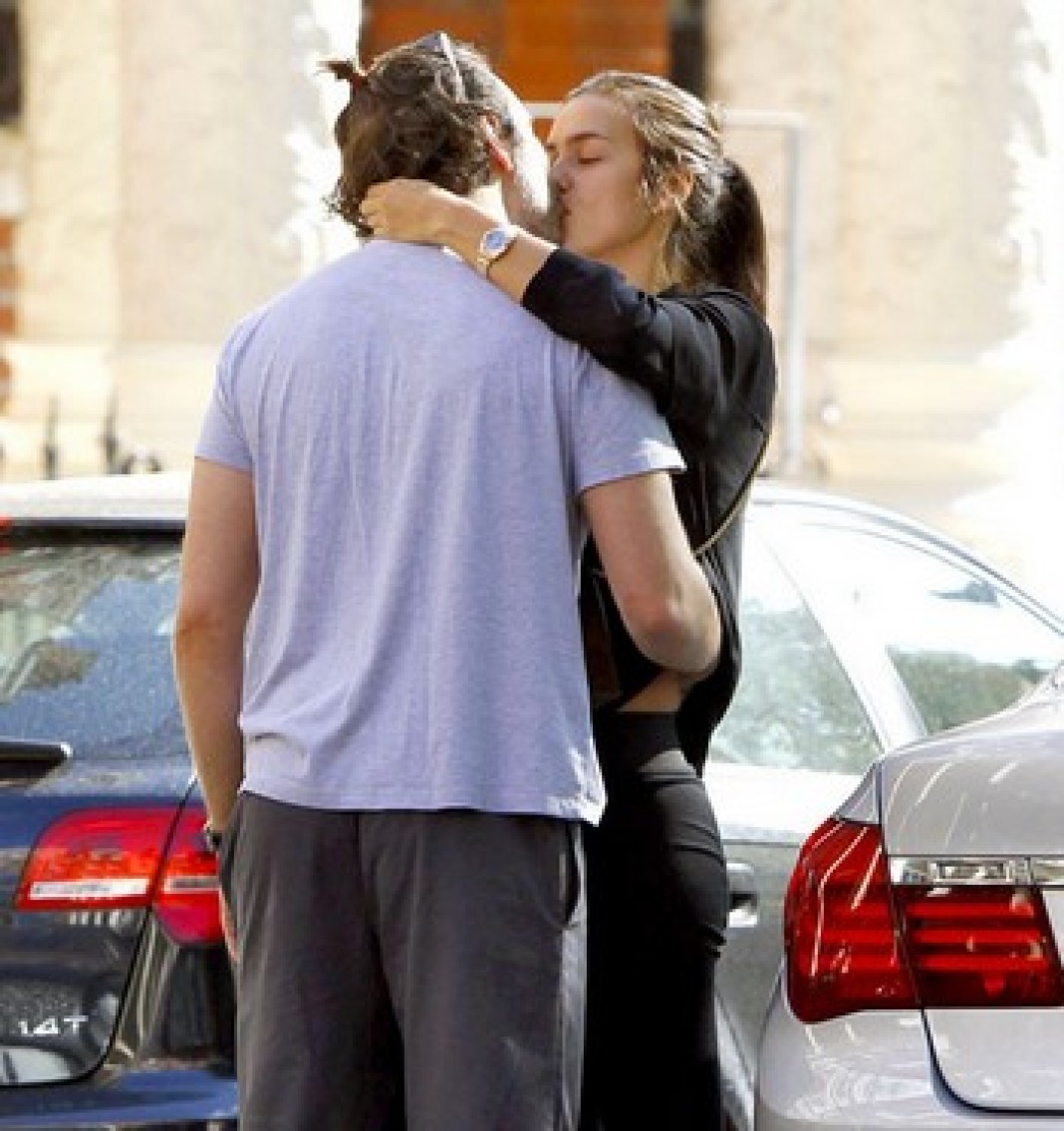 Bradley Cooper and Irina Shayk can’t keep their hands off one another.

The hunky actor was seen embracing and smooching his hot model girlfriend before parting ways in London earlier this week, just days after the two were seen showing off some serious PDA in New York City.

The new couple appears to be enjoying some quality time together in the midst of their equally hectic schedules—what with her ongoing catwalk appearances and his constant stream of filming inevitably Oscar-nominated flicks around the globe.

The Silver Linings star Bradley Cooper split with 23-year-old model Suki Waterhouse in March after about two years of dating, while the Russian beauty and soccer star Cristiano Ronaldo called it quits in January after five years together.

So what exactly brought these two together? Well, Shayk has shared exactly what she’s looking for in a man, which seems to say it all about none other than Bradley Cooper himself!

Keanu Reeves might look sad and gloomy, but in reality he is one of the few actors in Hollywood with a gregarious heart. Read on more...
Read more
Flicks

A seasoned Cannes visitor, Uma Thurman looked happier than ever as she party hopped on Sunday night with her on-again boyfriend Andre Balazs. Wearing a...
Read more
Lifestyle

Queen Elizabeth II is so happy to have Princess Charlotte in the royal family! And like most grandparents (and great-grandparents, in her case), the queen...
Read more
Flicks

Everyone is buzzing about Bruce Jenner's recent revelation that he’s transitioning from male to female at the GLAAD Media Awards in New York City...
Read more
Load more
KHURKI

Woman Consumes Poison After Argument With Husband Over Aamir!