Bollywood Wives Staying Out Of Limelight! 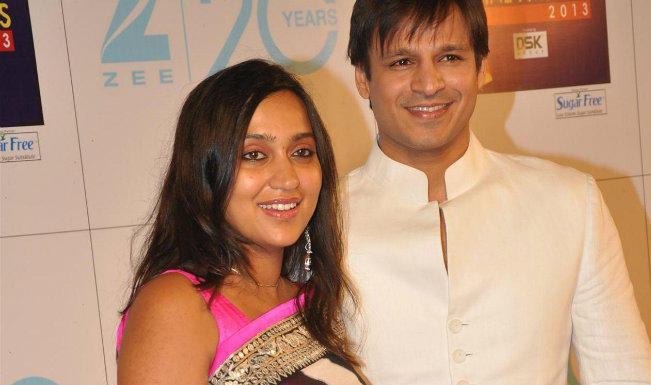 She is John Abraham’s wife and a successful investment banker too.

She is Emraan Hashmi’s wife, and has been his biggest pillar of support. The lady teaches in a pre-school and is happy playing the role of wife and mother.

He might be the cute star on screen, but she is the star at home. Meet Vivek Oberoi’s lovely wife. They have the complete family, with two loving kids.

She is the wife of the megastar Irrfan Khan and an NSD pass out herself. She is a script writer who is happy behind the camera. Together, they have two sons.

She is Prem Chopra’s daughter and wife to the multi-talented Sharman Joshi. Despite being married to such a huge star, she prefers to stay away from the flashlight.

R. Madhavan met Sarita Birje at a public speaking class he was giving and she was, well attending the class. But did you know that he has been happily married since 1999. She was an air hostess before they got married in 1999. When people want to give examples of successful marriages in the glamour world, they rate them high up. Sarita Birje prefers to stay out of the limelight. She has assisted in costume designing in a few of his films. The couple is blessed with a son Vedant.

She is the little know daughter-in-law of the Khan household, married to Sohail Khan. Seema Sachdev is nothing like her super-hot sister-in-law Malaika Arora Khan. The media rarely gets a glimpse of her. And you will be shocked to know that the couple got married in 1998. She is busy looking after the home and her two kids.

#2. Shalini Singh (Hirdesh Singh a.k.a Yo Yo Honey Singh)

Not many girls know that Indian rapper Honey Singh is married. He has been happily married since 2011. The world got to see his wife in an episode of India’s Raw Star. The media loves them since then.

She is Govinda’s super sophisticated wife. While they have a typical love story of a small town boy falling for a city girl. Sunita has always chosen to stay way from the limelight. She is a successful businesswoman and Govinda’s biggest pillar of support.

Are your intimate moments with your special beau suffering? May be the reasons are staring at you, but you are not able to admit. If...
Read more
Blogs

Have You Experienced These Things In Life Yet?

At No. 10, one of the life's most important lessons.
Read more
Blogs

Mega Kitchens In India! And These Have A Purpose…

Learn a lesson o two from them...
Read more
Blogs

Men need to be as particular as women when it comes to social gatherings and intimate occasions. You don’t want men and women staring at...
Read more
Blogs

We all think that toothpaste can only be used for making teeth white and making our gums strong. But that’s not true; the humble...
Read more
Load more
KHURKI

Don’t Let These Numbers Define You!

Every girl starts dreaming of her prince charming from a very young age. He who's perfect, has no flaws, loves her, cares for her,...
Read more