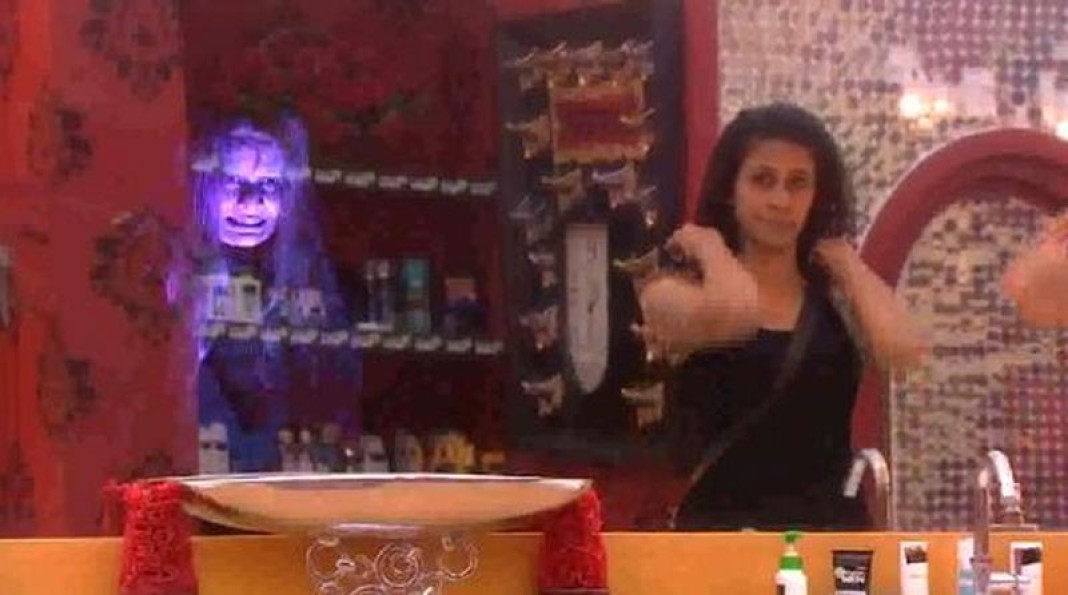 With each passing day, Bigg Boss 9 is getting more interesting. After Digangana Suryavanshi’s exit last night, two wild card entries have made their entry into the house.

Controversies and fights among the contestants have crossed all previous seasons’ boundaries. So has the drama with so many real life couples.

But in tonight’s episode, you will see what hasn’t been seen ever before. A ghost!!!

In a recent video shared by Colors channel on twitter, Kishwer Merchant encountered a ghost in the House.

Kishwer first ignored the ghost, seemingly of an old lady. But, after seeing it for the second time she rushes to Mandana Karimi, who was also there in the dressing room, all freaked out. “I was looking in the mirror and I saw a skeleton like ghost in it”.

Is #BB9 a haunted house? Tune in tonight to watch housemates’ reaction to this! pic.twitter.com/9tYkVxxTl9

Hehehe some thing really spooky is coming up in today’s episode. Interesting na!! 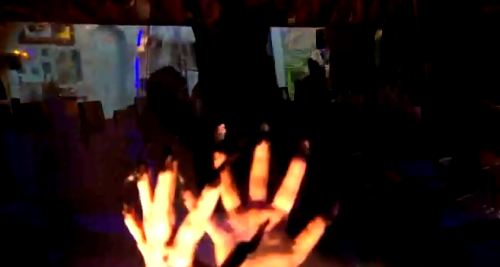 An old saying says a dog's a man's best friend, but cats would like to set the record straight. It's hard not to fall...
Read more
Relationships

Marriage On Mind, How About Making The Proposal Memorable!

Every girl dreams of a perfect proposal that is memorable too. They have many dreams spun around that one question: "Will You Marry Me"?...
Read more
Blogs

There are a few things you need to think about before starting a serious relationship. Girls, having a partner or boyfriend is a good...
Read more
Load more
KHURKI

Rock bands from the West have always been a craze among the Indian audience. People just madly fall in love with the band members...
Read more
Humour

Won't be surprised by the reactions!
Read more