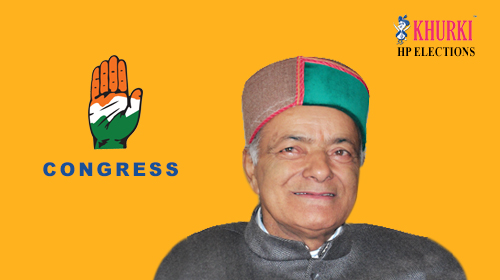 Thakur Singh Bharmouri is the Bharmour MLA. He is associated with Indian National Congress. He is son of Shri Nanak Chand. He was born on 8th February 1947 at Sachuin (Bharmour), Distt. Chamba. He is educated at Bharmour and Chamba. He is married to Smt. Savirti Devi.

Bharmour, formally known as Brahmpura, was the ancient capital of Chamba district. Bharmour is known for its scenic beauty and ancient temples. Some of the temples are believed to date from 10th century. As the whole country around Bharmour is supposed to belong to Lord Shiva, it is popularly spoken of as Shiva Bhumi. It lies between the Pir-Panjal and Dhauladhar range, between Ravi and Chenab valley. The land is blessed with deep beauty of abundant alpine pastures and provides home for nomadic shepherds, known as Gaddi, thus also called Gadderan. The foothills are filled with orchards and terraced farmsteads. The epitome of spirituality lies in this land, as it is endowed with ancient temples. The area goes through inhospitable terrain and severe climate changes.

Bharmour MLA Thakur Singh Bharmouri took active part in sports during school & college years, Senior warrant Officer, NCC. He was elected to the State Legislative Assembly in 1982, 1985, 1993 and in June 2003. He remained Member of various House Panels such as Public Accounts, Subordinate Legislation, Welfare of Scheduled Castes and Scheduled Tribes, Estimates and Petitions; Chief Parliamentary Secretary, 1989-90 & 4 April, 2005 to 18 August, 2005; and chairman, HP. Wool Federation. He got elected to the State Legislative Assembly for the fifth time in 2012 and inducted into Council of Minister as Forest Minister with additional charge of Fisheries.

Dharamshala, Oct 9:  Punjab and Himachal Pradesh played a draw on the fourth and final day of the Ranji Trophy cricket tournament here on Monday. In...
Read more
Himachal

Shimla, June 13: Billing, a world famous tourist spot visited by thousands of tourists, is in a state of neglect. It lacks all basic...
Read more
Himachal

Shimla, Aug 9: Congress is in power in Himachal Pradesh and assembly elections are due within months in state. Chief minister Virbhadra Singh said that the victory of...
Read more
Himachal

Door-to-door collection of garbage, yet heaps of garbage a common site in Shimla

Shimla, June 16: Notwithstanding the tall claims of the success of the Swachh Bharat Mission, the door-to-door garbage collection scheme of the Shimla Municipal...
Read more
Load more
KHURKI

If only bosses could relax!
Read more
Blogs

Food Names That Can Make You Cry, Laugh Or Puke!

We all are so picky about what we eat, how it is packed and what it is called. The picture and the logo play...
Read more