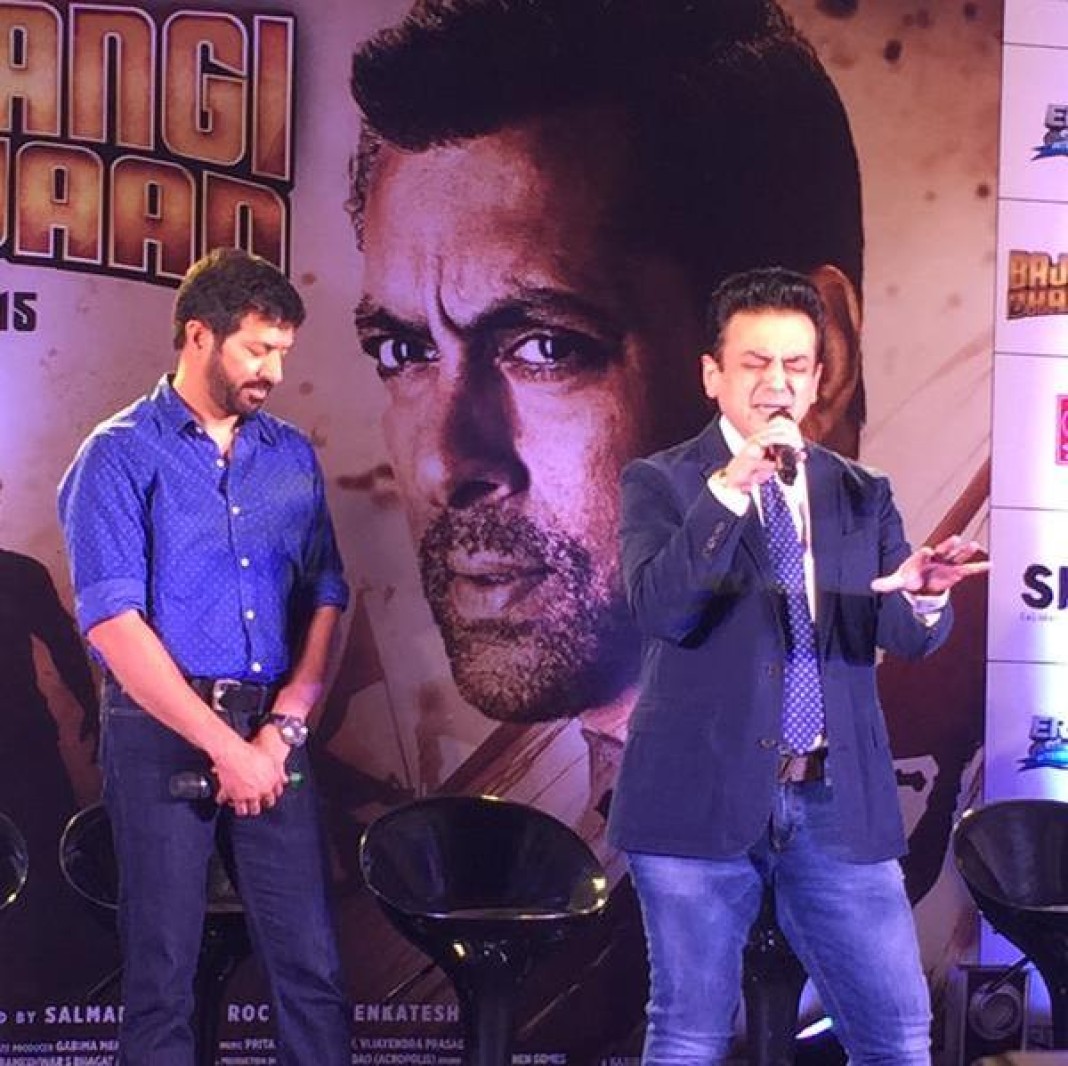 The build-up to a qawaali of Bajrangi Bhaijaan has been quite dramatic.

#BharDoJholiMeri has been trending and why not? It is being promoted as the most-favourite song of Salman Khan from this upcoming movie.

Point number two, it is the first time Adnan Sami has made an appearance of the silver screen. Though he has been singing for Bollywood for many years now and had also cut a ‘weighty’ album with Asha Bhosle, he had never appeared in any movie so far.

The qawaali ‘Bhar Do Jholi Meri’ has been sung by Adnan Sami and the music is Pritam’s.

“It was completely out of love!” says @AdnanSamiLive on being asked about his first movie appearance! pic.twitter.com/cTWMa6TbaF

Bajrangi Bhaijaan’s romantic track ‘Tu Chahiye’ has been doing well with fans appreciating the chemistry of Salman and Kareena Kapoor.

Geeta Recognises Her Family In Bihar, Will Be Home

Seriously, whoever thought this could happen!
Read more
Bollywood

With legal hassles behind him for now, Salman Khan has resumed shooting at the Zoji La mountain pass in Srinagar. A court suspended Khan's...
Read more
Bollywood

The build-up to a qawaali of Bajrangi Bhaijaan has been quite dramatic. #BharDoJholiMeri has been trending and why not? It is being promoted as the...
Read more
Bollywood

There could be no valid reason for using fake ids on social network. Point # 8 is SICK!
Read more
Fashion