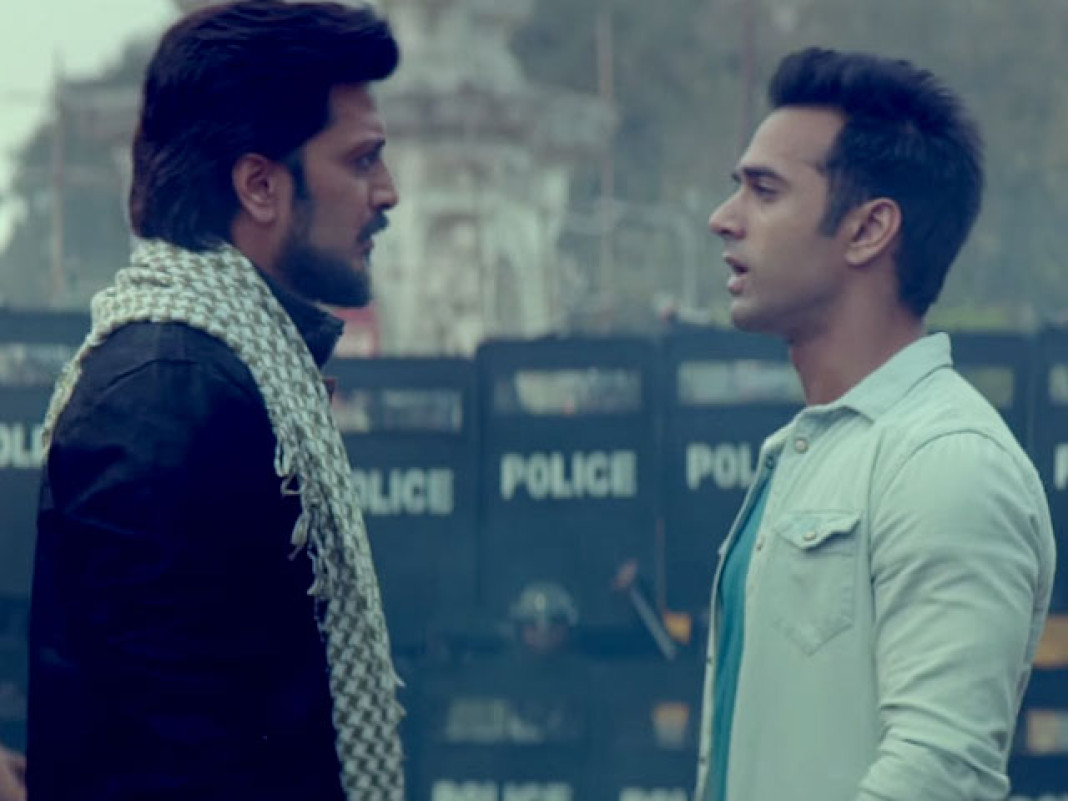 The new song Maula from the upcoming movie Bangistan has a message for you.

This song indicates the divide which is created by religion and reinforces the communal harmony between two religions. This song  is written from the perceptive of an ‘anti-social’ element who lost everything while pursuing his faith.

With the backdrop of communal riots, Riteish Deshmukh and Pulkit Samrat look intense in the song.

This song is written by Puneet Krishna & Rituraj Mohanty and Ram Sampath has once again composed it so beautifully.

Bangistan is a story based on two wannabe terrorists who decide to switch their religion in order to finish the other community. In this movie, Riteish is playing a Muslim character and Pulkit a Hindu character.

WATCH Maula, the most reflective song from Bangistan:

Bangistan is set to release next Friday, on July 31!

The year 2015 may have finished, but the fantastic movies that it gave us haven't. More than ever before, some movies left us with...
Read more
Blogs

Top Bollywood Singers For The Year 2015!

We sure have a storehouse of talent!
Read more

Keith Is Back!!!
Read more
Blogs

We all know recently Sunny Leone was asked shockingly stupid questions in an interview by journalist Bhupendra Chaubey. Throughout this interview, which has become...
Read more
Lifestyle

How To Become Confident In Any Social Situation?

Most people get a little self-conscious or feel somewhat shy around others. They have this social phobia that worsens the quality of life. But...
Read more
Blogs

An old saying says a dog's a man's best friend, but cats would like to set the record straight. It's hard not to fall...
Read more
Load more
KHURKI

These Guys Explain Epic’sodes Of FRIENDS Series In Hindi!

Oh yes this is not just a sitcom but something beyond words can explain. A TV series which is not just an addiction, but...
Read more