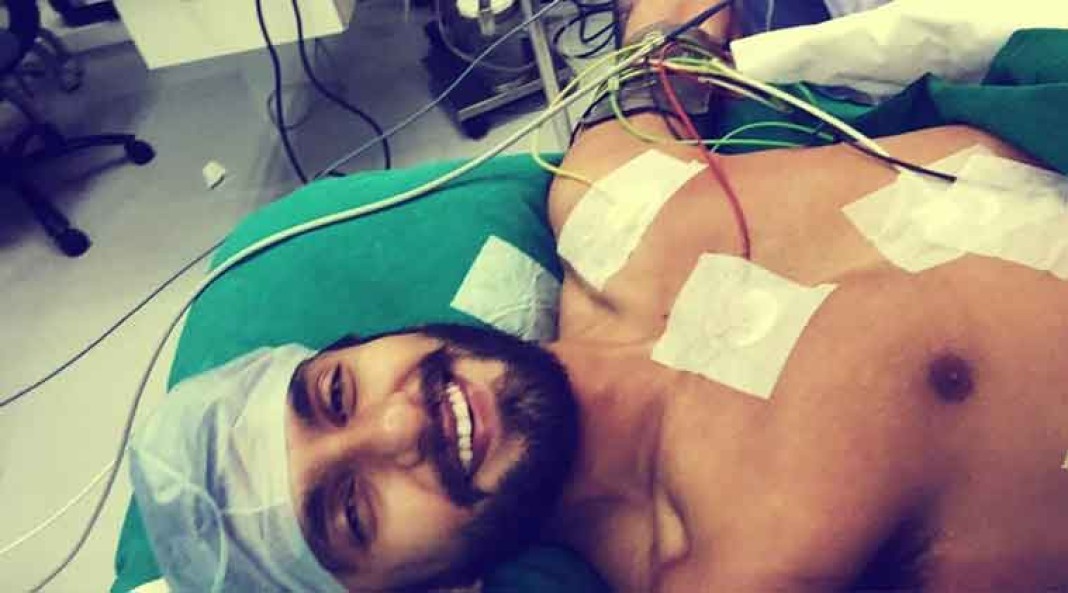 The actor injured his right arm and underwent a surgery today at Mumbai’s Hinduja Hospital.

Ranveer Singh, who suffered an arm injury after he fell from a horse during the shooting of Sanjay Leela Bhansali’s upcoming film Bajirao Mastani, has often been spotted wearing a sling.

But it wasn’t like any other surgery. Rather than the paparazzi stationed outside the hospital filing us on the details of the surgery, this time the actor himself decided to live tweet from the operation theatre.

About to get knocked out! — Ranveer Singh (@RanveerOfficial) April 4, 2015

In a recent development twitter increased its character limit from 140 to 280 characters. It was no less than a reverse demonetization of twitter...
Read more
Bollywood

Even before the make of the film, Rani Padmavati has been hitting the headlines, well earlier it was for wrong reasons, now things are...
Read more

Bollywood actor Sanjay Dutt will be released from jail by the end of February after completing his 40-month sentence, according to reports. The actor was...
Read more
Lifestyle

What Is The Basic Fact Behind ‘Anand Karaj’!

10 Kids With The Most Irresponsible Parents Ever

Two words - parents and responsibility - go hand in hand. It goes without saying that if you have decide to become a parent,...
Read more
Load more
KHURKI

Classic example of foot in the mouth!
Read more
Blogs

Well, ecosystem is not merely a chapter in your science textbook, it's way more! We all spoil the nature to our best, but none of...
Read more
Go to mobile version