Another song of the film ‘Deewani Mastani’ has just been released.

Unlike the previous song, this track is not a religious number. It is rather a soft melodious number and Deepika Padukone is looking stunning. The song is shot on Mastani singing her love for Bajirao. 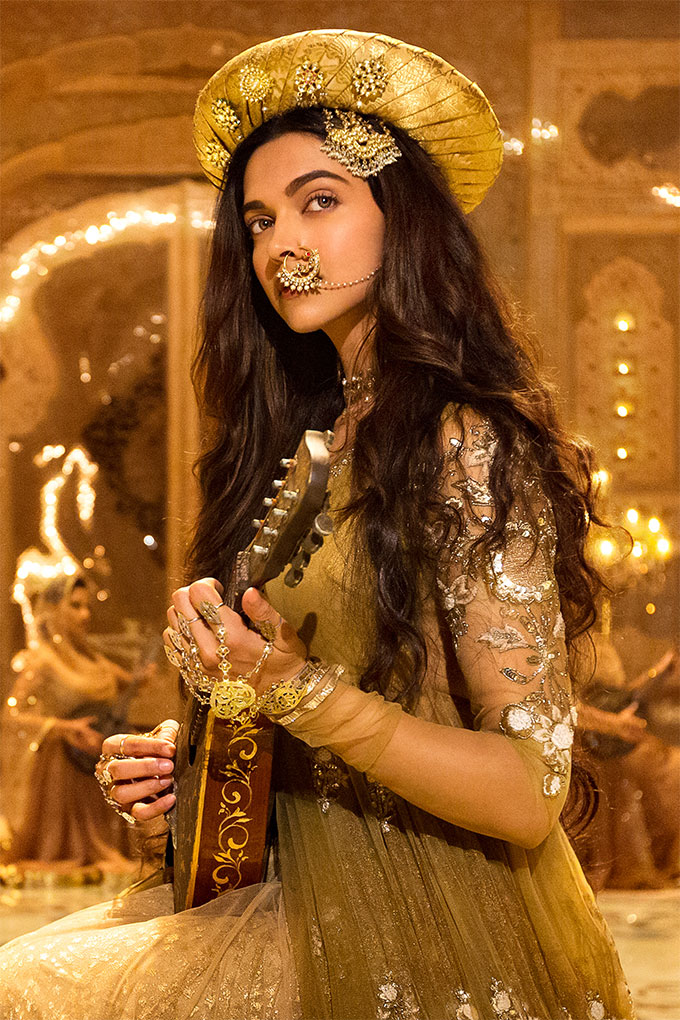 The music directors Sanjay Leela Bhansali and Sanchit Balhara have done a great job with the song.

Deepika Padukone said, “The song is inspired by ‘Mughal-e-Azam’ in a sense. We have tried to recreate the Aina mahal”.

The song is rather intoxicating and ‘nasheelsa’ in a way. The set of ‘Aina mahal’ took over 45 days to be constructed and had the maximum number of visitors on the sets.

Also Read: TOO MUCH DRAMA FOR BAJIRAO MASTANI’S ‘GAJANANA’!

The actress feels that this song is the grandest of all the songs she has been a part of till date, she said, “I’d like to believe that I have been a part of some iconic songs, but this one is an icing on the cake”.

It is one grand and amazing song I too have ever come across. Here, listen to the track…

Celebrity Fetishes…Is She Crazy For Sponges?!

Nothing will stand in our way...
Read more
Blogs

And You Thought Only Humans Were Intelligent..!!

Do You Know These Celebs With Chronic Illnesses!

Khurki is proud of them...
Read more
Load more
KHURKI

Things I Wish I Could Tell My Dad! Don’t Wait…

Love You Dad For Everything!
Read more
Blogs