Once again, this Dabangg actress surprises us with her singing talent and her hipster look is what we are liking the most. 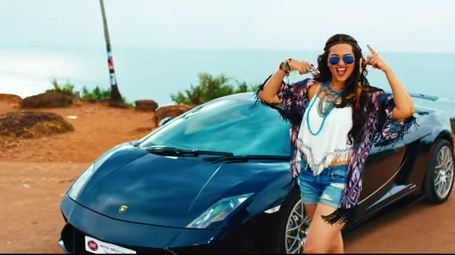 The song is composed by Meet Bros and has been penned by Kumaar. Kidnapping her boyfriend in the video, Sona goes on a long drive singing and rapping.

Groovy, isn’t it? This is the must-have song in your New Year eve party playlist.

Well, most of her friends have agreed!

8 Fond School Time Memories Of Being Punished By Teachers!

Get out of my class.....
Read more
Blogs

Add it to your workout playlist...
Read more
Bollywood

Khurki has booked its tickets!! Have you?
Read more
Blogs

Do Moustaches Really Symbolise The Manhood?