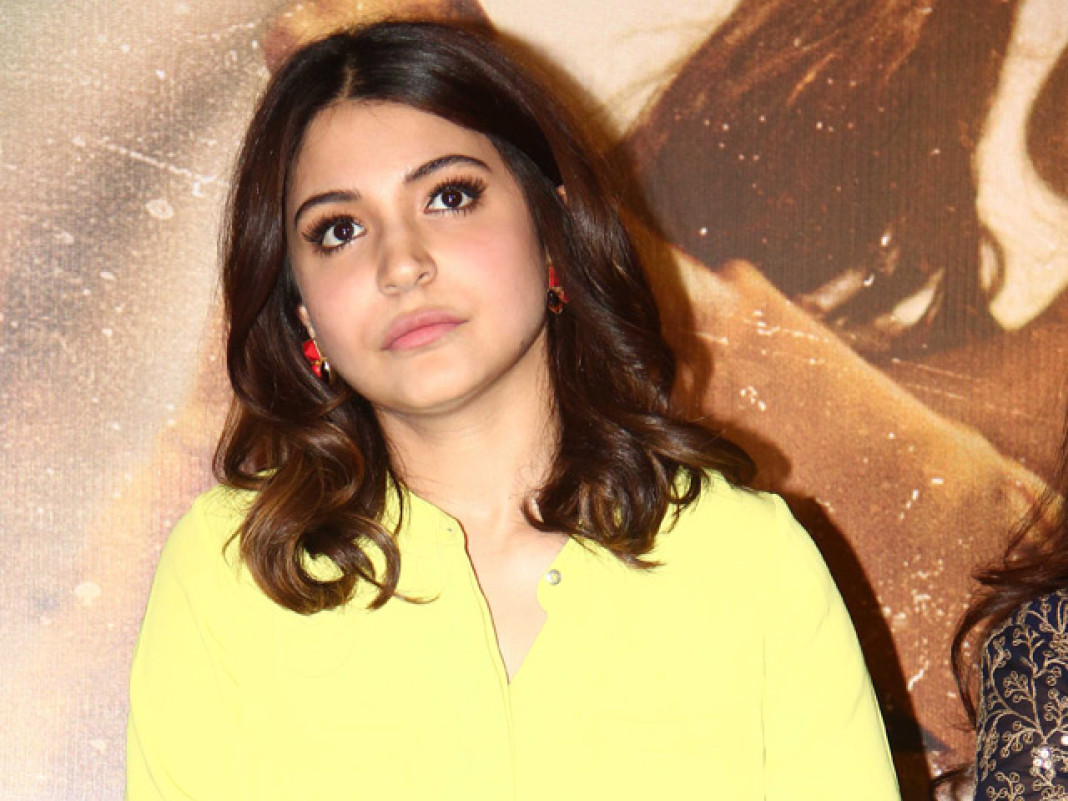 Here is one incidence that shows people who don’t five a F#@k about what they are posting on their social networking pages, which indeed gets then a hype or the so-called unwanted publicity!

Let me show you what exactly happens when a star like Anushka Sharma mourns for the ex-President of India: 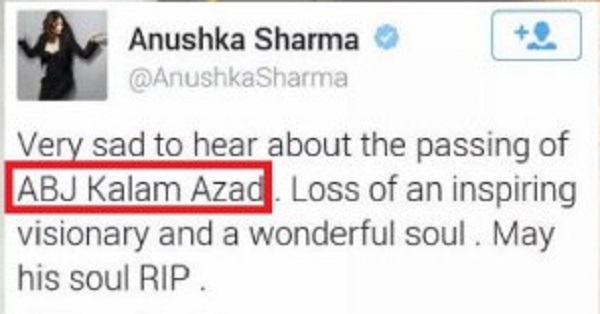 Yep…shocked?? So was I..!! Calls herself a fauji kid still doesn’t know who she’s paying condolence to…I expected her to be smarter than this at least..DUH!!!

Though she re-tweeted later on…

Very sad to hear about the passing of APJ Abdul Kalam . Loss of an inspiring visionary and a wonderful soul .May his soul RIP.

But the damage was done…guess she will be the new Alia Bhatt now…Wonder when asked about the ex-President who was a referred to as the ‘missile man’…she’d answer – ABJ KALAM AZAD.

Couple of days earlier, Anushka was in news for shunting out negative mongers from her Twitter account as she said that she wanted to keep it positive…Am sure after this disaster she would certainly have many people walking away purposely from her Twitter..!!

By the way, do watch the last salute to the great man “Dr APJ ABDUL KALAM” in the video below:

There's no hurry, this video is not going to be banned. So, watch it at your convenience as this throws up startling revelations on the mindset of...
Read more
Flicks

Pop star Taylor Swift, said her mother is suffering from cancer and urged her millions of fans to tell their parents to get screened...
Read more
Blogs

Weird, Yet Useful Japanese Innovations. We Need The One At No. 8!

Japan has a reputation for producing some downright weird stuff. In fact, the word "chindogu" even refers to inventions that are technically practical, but utterly...
Read more
Blogs

Guys Must Wear Bras For A Week To Understand!