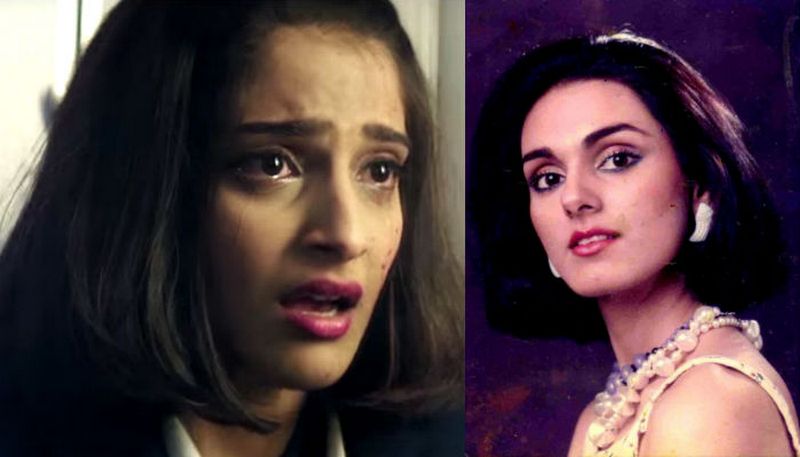 Not many knew much about Neerja Bhanot before director Ram Madhvani’s film Neerja. He brought to us this bravery story of 23-year-old woman who sacrificed her life while saving passengers from terrorists on board a hijacked Pan-Am flight.

Sonam Kapoor starrer Neerja has taken over the industry buzz and is getting much appreciation from all the viewers. While you all might be busy watching this recent release, it’s time to see Neerja Bhanot herself!

And how many of us know that besides being an airhostess of Pan Am flight, Neerja Bhanot also worked as a model and did various commercials as well.

One of the famous brands Amul shared on Twitter a chocolate advertisement from 1980s where you can see Neerja. Have a look:

Really such stories of bravery & courage inspire everyone to do their best for humanity!

Let's Have Gurmeet Ram Rahim Too, Then!
Read more
Blogs

Many Many Happy Returns Of The Day....
Read more
Flicks

Have you fixed an appointment yet?
Read more
Lifestyle

Some Tips For Girls To Make Their Boyfriend Stick Around!

Boys are unpredictable and it's really hard to make them stick in a relationship. They think completely different than us girls about being in...
Read more
Load more
KHURKI

When you turn every single child to be prepared to cram, learn and excel almost everything you teach them, that's exactly when talent is...
Read more
Humour

"1-2, Buckle My Shoe". Well, West Bengal Minister Rashpal Singh still seems to be humming this rhyme from his kindergarten days! As, not only did...
Read more