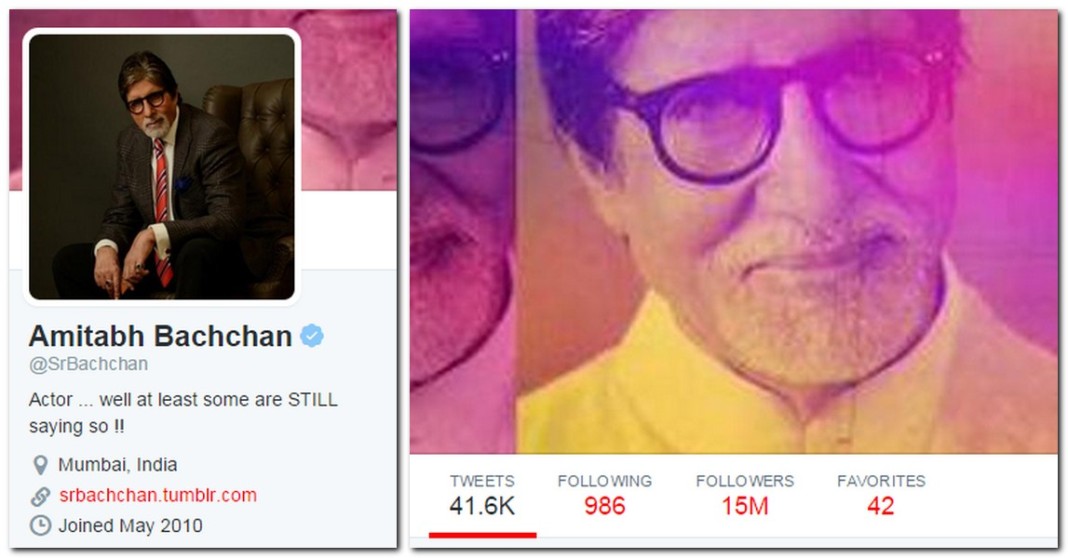 Bachchan made his Twitter debut in May, 2010 and ever since the account has been a one-stop destination for his fans to connect, interact and engage with the actor.

Followed by stars like Mukesh Bhatt, Sridevi, Dilip Kumar and Madhuri Dixit on Twitter, the actor is also active on other social media sites including Facebook and Tumblr.

The actor tweeted the following after he crossed 15 million followers:

Dabangg co-stars Salman Khan and Sonakshi Sinha just won the dubsmash craze that's been spreading through Bollywood - not with one of their several...
Read more
Flicks

The new trend of singers coming out with singles is catching up fast. Close on the heels of T-Series releasing Atif Aslam's single with Tiger Shroff...
Read more
Load more
KHURKI